/** * The header for our theme. * * Displays all of the section and everything up till
* * @package pandrah */ ?> RITSON TAKES ON PATERA FOR EUROPEAN LIGHTWEIGHT CROWN – The Pugilist 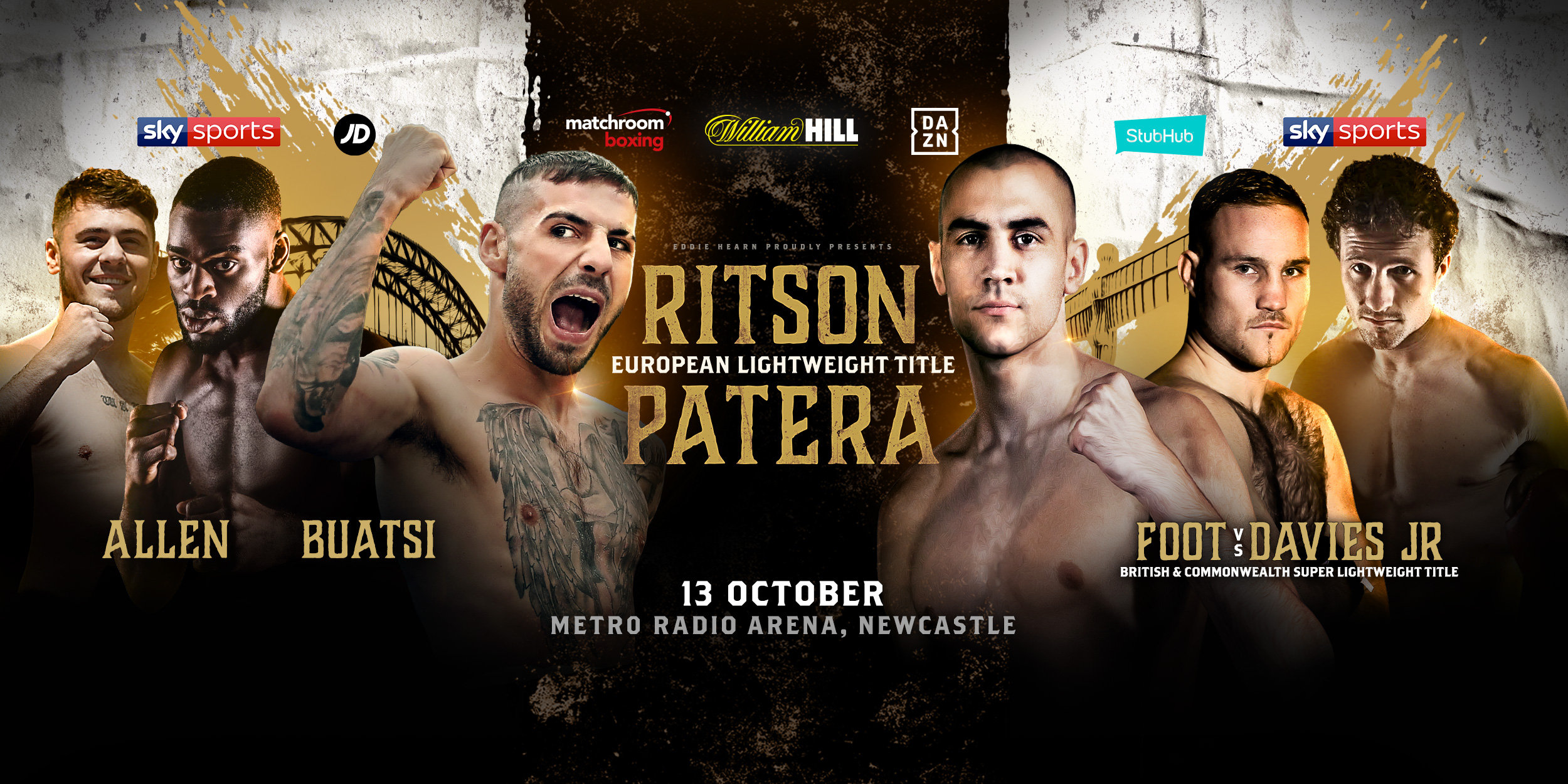 ‘The Sandman’ won the British Lightweight title outright by defeating the previously unbeaten challenger Paul Hyland Jr at the Metro Radio Arena in June and is predicting another destructive performance against Patera in October.

Patera is no stranger to fighting on these shores, having lost a close decision to Birkenhead hardman Sean ‘Masher’ Dodd for the WBC International title in 2016. He went on to beat Finland’s Edis Tatli to win the European title in May 2017 before losing out in a rematch later that year.

Ritson gets his shot at European honours after Tatli decided to vacate his belt.

“I’ve dealt with all the top operators at domestic level and now it’s time to announce myself on the European stage,” said Ritson. “I’m feeling unstoppable right now and I’m ready to take on anyone that gets put in front of me. The Metro Radio Arena is my fortress and nobody is beating me in my backyard. The noise my fans make inside the arena is incredible, it’s like there’s two of me in the ring!

“Patera has held the European belt so we know that he poses a real threat and I’ll have to be at my best to get past him. I’ve been told there’s not much between Patera and Tatli in terms of ability and style. Patera looks big at the weight and is a busy fighter, I’m expecting an exciting fight.

“He’s a good opponent, but it’s nothing we don’t think we can handle on the night. I feel like I’m improving with every fight and with the form that I’m in, I’m confident of beating anyone.”

“I was completely blown away with what I saw both in and out of the ring last time we were in Newcastle,” said promoter Eddie Hearn. “Lewis Ritson has fast become one of the most popular and exciting fighters in British boxing and now he gets an opportunity to challenge for a European title. He has cleared up domestically and this is the next step.

“Also on the card we have a brilliant domestic battle between Glenn Foot and Robbie Davies Jr for the British and Commonwealth titles and rising star Joshua Buatsi defends his WBA title that he won at The O2 in July. Popular Heavyweight David Allen returns and cruisers Simon Vallily and Craig Glover face off in a title eliminator. If you thought last time was loud wait til this arena is full up with 9,000 Geordies bursting with pride! Roll on October 13.”

Ritson vs. Patera tops a huge night of action in Newcastle as rising Light-Heavyweight star Joshua Buatsi makes the first defence of his WBA International belt that he won at The O2 in July, Liverpool’s Robbie Davies Jnr faces Sunderland’s Glenn Foot for the British and Commonwealth Super-Lightweight titles, Heavyweight fan favourite David Allen returns after his ‘life-changing’ win over Nick Webb and Cruiserweights Simon Vallily and Craig Glover meet over ten rounds.

Tickets go on General Sale at 11.00am on Wednesday August 29 from www.metroradioarena.co.uk.