/** * The header for our theme. * * Displays all of the section and everything up till
* * @package pandrah */ ?> AL BERNSTEIN: PORTER-GARCIA A STYLE MATCH UP MADE IN HEAVEN – The Pugilist 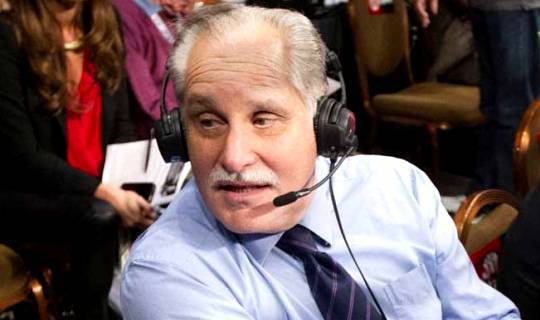 Hall of Fame Boxing Broadcaster Al Bernstein, who will be at ringside calling the Danny Garcia vs. Shawn Porter welterweight match on September 8, called the fight “one of the best style match-ups of 2018.” This fight is the main event of a tripleheader to be aired at 9p.m. EST/6p.m. PST live on SHOWTIME.

Bernstein said, “The old boxing adage is that styles make fights. If that is true, and I think it is, then that makes the Danny Garcia-Shawn Porter fight potentially a terrific bout. Garcia is a master boxer-puncher who is a very effective counter puncher—with a lethal counter left hook. Porter is an aggressive hard charging fighter who only goes forward and use his physicality and volume to wear opponents down. It’s hard for me to see this as anything but an action fight.”

A lot is at stake for these two men—this match is for the vacant WBC 147-pound title. Bernstein added, “These are two of the top welterweights in the world, and both former champions. Each man lost by very narrow margins to WBA Champion Keith Thurman, and this fight could determine who gets a rematch to avenge that loss. This fight Is extremely important to both fighters.”

Al returns to the stage as a vocalist when he performs at one of Las Vegas’ great music hotspots, The Italian American Club, on Wednesday, September 19. He’ll do shows from 6 to 10 p.m. Al will again pay tribute to the Champions of the Great American Songbook. Sharing the stage with Al will be his son, talented singer/songwriter Wes Bernstein, who will perform some of his original songs and pop tunes from the last few decades. Al said, “This will be a really fun musical engagement for a lot of reasons, one being I get to share the stage with my son Wes. He has embarked on a great musical journey, and I’m glad to share an early moment of it with him.” For more information log on to www.iacvegas.com .