/** * The header for our theme. * * Displays all of the section and everything up till
* * @package pandrah */ ?> RITSON VS. PATERA PRESS CONFERENCE QUOTES – The Pugilist 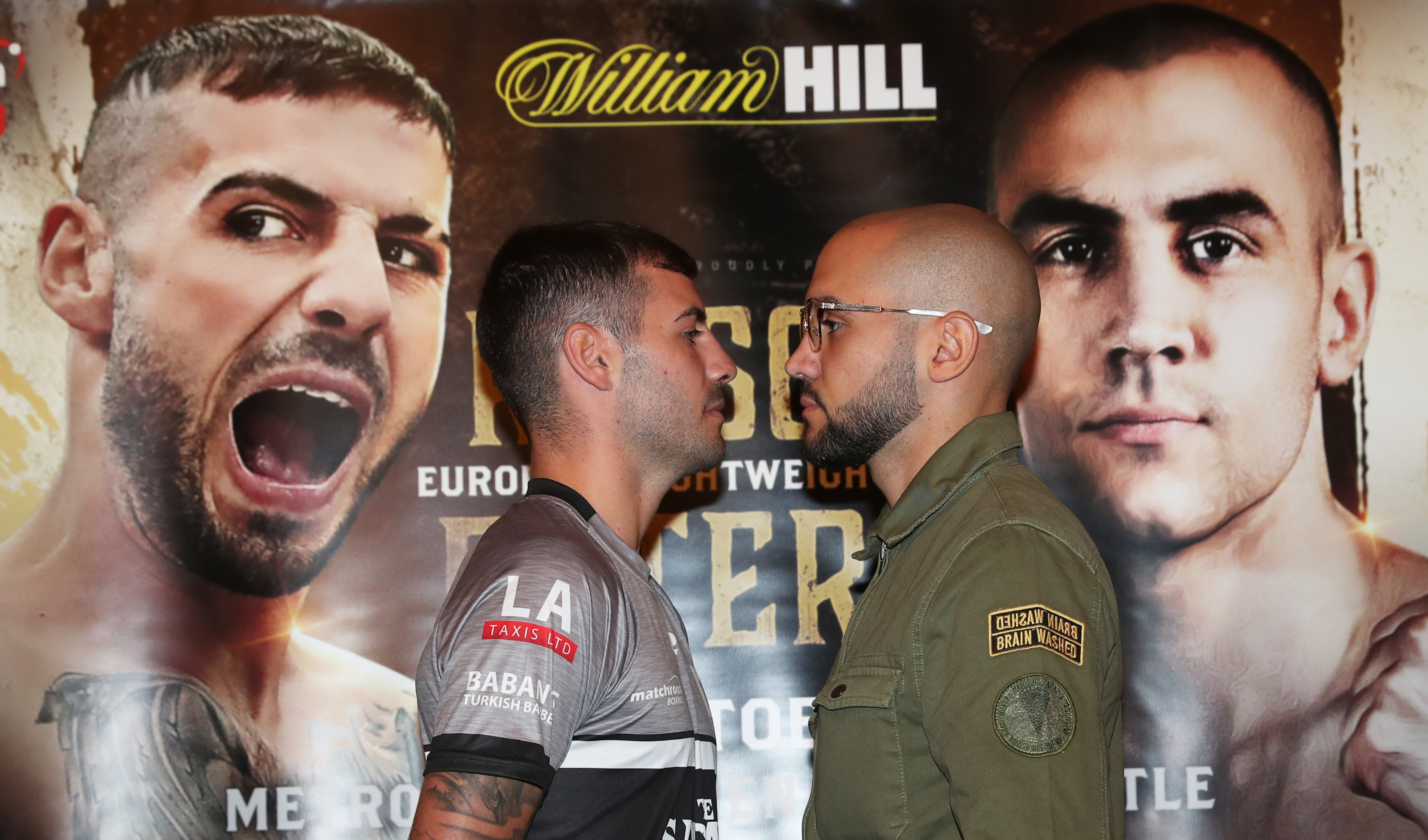 “Good afternoon everyone and thanks for coming along to the press conference to announce our second Newcastle show, October 13 at the arena, following a wonderful experience last time out when Lewis Ritson won the British title outright. This press conference will be streamed live around the World on our social channels, it’s nice and busy in here today so make sure you make loads of noise for the fighters and show everyone what a great city this is.

“Before we talk to the guys, I just want to say thank you, not just for coming today, but for what you created last time out at the arena. We do shows all over the World but you can’t ignore or fail to embrace the passion when you go to certain places. Last time out when Lewis Ritson ring-walked it was unexpected. We knew he sold a load of tickets but what happened during that ring-walk, what happened during those ring announcements, what happened during the performance and after it was something that you rarely see. It’s like the emergence of a new powerhouse for British boxing in the North East and Newcastle. I will honestly never forget that experience and I don’t think Lewis will either.

“Now the journey really gets interesting. You go from British title level onto European title level, in the hope to achieve a World title opportunity. We know where we’re at, the feet are on the ground and there’s a long way to go. With you lot behind him, he has every opportunity. He’s going to get the opportunities for big fights, this is a whole new level to where he has operated before.

“This time we have an even bigger card, a bigger night for Lewis Ritson and bigger fights on the undercard as well. We have a lot of local talents and huge domestic fights, we have in my opinion some of the best young talents in the entire sport worldwide and we have one of the most popular men in British boxing in Dave Allen.”

“We have a lot of respect for Lewis and for what he is doing, already three defences of the British title. At the same time, Patera has always shown his ability. For me he won the fight against Sean Dodd. He is a former European Champion, he fought in Liverpool and Finland. There will be a great crowd in Newcastle, very passionate, I think it will be a good fight.”

“I just want to thank everyone for coming out for the press conference, it is a great turnout. I can’t wait to get in there again. I’ve already been training hard for weeks now. I’m ready to do some business.

“It was Tatli, Petit or Patera and me and my dad sat down and we didn’t think there was much between the three of them. I think they are all pretty similar so it doesn’t matter who we get in with, we always say yes. We’ve got our opponent and we’re ready to go.

“We’re expecting to be in for the long haul on the night, that’s what we train for. We’ll be ready for everything on the night. The atmosphere was very special last time out, the support we get is brilliant, this time the atmosphere will be bigger and better.

“Thank you Eddie for having me here, I am very excited. I was very happy when I got the offer to fight Lewis. I saw Lewis from one year ago and I always thought ‘I want to fight this guy’. I know I have the ability to beat him. He is a really tough fighter, he comes forward, I’m a hard worker too and it will be a great fight on October 13.

“Lewis has never been 12 rounds, he always wins by knockout but we will see on October 13. I think I can handle his power, I’ve never been hurt in my career and I’ve never been down. I’ve fought some really good fighters, I feel I can hurt him too.”

“I’m really excited to be here, it’s my first time up here and I feel very welcomed. I’m from London and we box at The O2, we shut it down, it’s fun and everyones buzzing. I’ve been told a number of times about the atmosphere in Newcastle. It’s one of the best if not THE best. On October 13 I’ll be looking to replicate what Lewis Ritson does and put someone to sleep. I’m looking forward to it.”

“I’ve got to thank Eddie for bringing the show back to Newcastle and Lewis for being the main boy up here at the minute. It’s a 50-50 fight. Last time I boxed for the British title against Sam Eggington I wasn’t quite right, I had my arm chopped by a machete. Now I’m 110% back in the game. Robbie Davies Jr will get the biggest shock of his life on October 13. The atmosphere was unbelievable last time, I’ve never experienced anything like it. This is a big opportunity for Glenn Foot and I’m going to take full advantage of it.”

“I’d like to thank Eddie for getting me back on the shows, I started to think that it was never going to happen. This really is a pick’em fight. You’ve got Glenn’s aggression and physical strength against my speed and power. I’ve got everyone down in my neck of the woods backing me. It really is going to be one of them fights where neither of us will need to go looking for each-other.

“These are the kind of fights you want. I’ve been fighting a lot of high level foreign opponents. I know what a game lad Glenn is. I’m confident of coming through this fight victorious, it’s going to be exciting. I’m getting people giving me money for tickets and I haven’t even got them yet! Come Ocoter 13 it is going to be a night to remember.”

“Since the O2 I’ve probably enjoyed it a bit too much. It turned my life around, I’ve bought a house now and I’m just enjoying my life. I just enjoy boxing. I feel very lucky and fortunate to be in the position that I’m in. I’m going to train very hard for the next five weeks. We’re going to have a good five weeks and then I’ll knock someone out on October 13. I’m looking forward to it.”

“It’s a fantastic time to be involved in North East boxing. The atmosphere was great last time out in June. There’s a load of good local talent on the undercard that’ll bring the noise, especially now Joe Laws is on the card! We’re very cose to getting a World title shot, I’m ready to conquer the World. I’ll grab the opportunity to fight for a World title with both hands. On October 13 you’ll see a good display from me and you’ll see the talent that everyone talks about and you’ll realise why I’m on the verge of fighting for a World title.”

“I’ve had a look at Craig Glover this morning and I’ll be on my game and getting the job done on October 13. I’ll be going in there for the KO, I want blood in this one. I’ll get the job done.”

“This is a massive opportunity for me. I’ve been training hard since Christmas. I’ve been feeling good and come October it’s going to be a special night. I’m buzzing to be on the same card as the likes of Lewis Ritson and Glenn Foot. Expect fireworks, I’m getting the job done.”

“Im just happy to be part of such a great show for a second Tim. The likes of Lewis Ritson bringing boxing to the North East is great. I had a little bit of time out and now I just want to stay active and work my way up the rankings.