/** * The header for our theme. * * Displays all of the section and everything up till
* * @package pandrah */ ?> FRAMPTON WARNS WARRINGTON: IT’S ABOUT LEVELS – The Pugilist 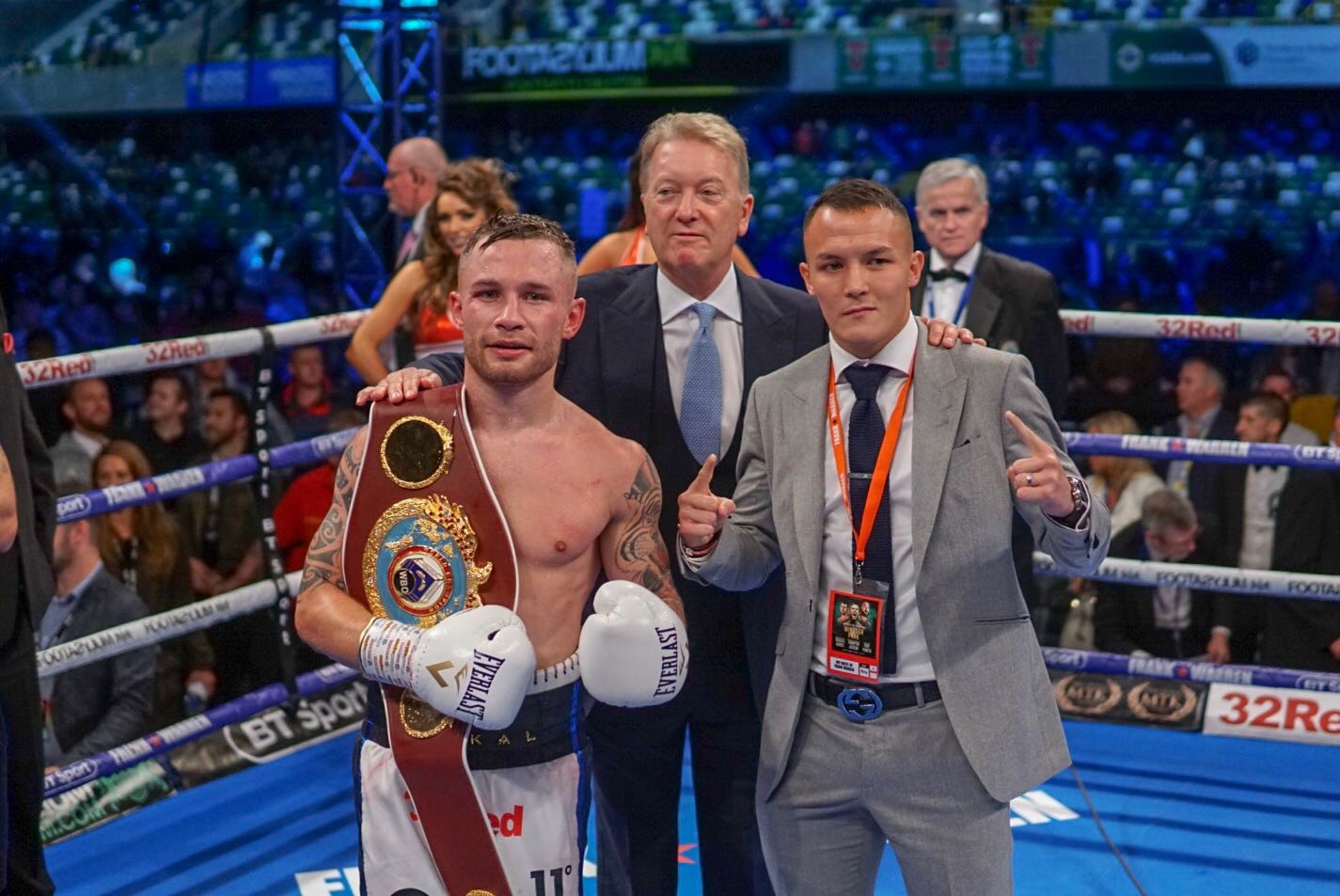 CARL FRAMPTON has goaded IBF featherweight champion Josh Warrington telling his arch rival that he isn’t in his league.

Warrington is set to make the first defence of his world title against Belfast’s Frampton later this year in what would be an epic encounter.

Frampton who hammered Aussie Luke Jackson earlier this month wrote in his Sunday Life column: “He (Warrington) is unbeaten and is full of confidence but I just feel — as I said going into the Jackson fight — that I am a level above Warrington.

“It has to be realised that Warrington’s best win has been against a weight-drained (Lee) Selby who has left featherweight and gone to lightweight for his return which tells you a lot.

“Warrington still couldn’t get rid of him and I would also look back to the trouble he had with Kiko Martinez who was done.”

“I would say that some people see it as a more difficult fight than maybe they first thought a year ago — including myself, mainly because of the fact he has beaten Selby so I will have to be physically and mentally at the top of my game.

“It would be a huge moment for me to become world champion again having been written off by so many people after the loss to Leo Santa Cruz and everything else I’ve been through over the past couple of years.”