/** * The header for our theme. * * Displays all of the section and everything up till
* * @package pandrah */ ?> Gonorenda Edges Salam, Ndafoluma Eases Past Itaba – The Pugilist 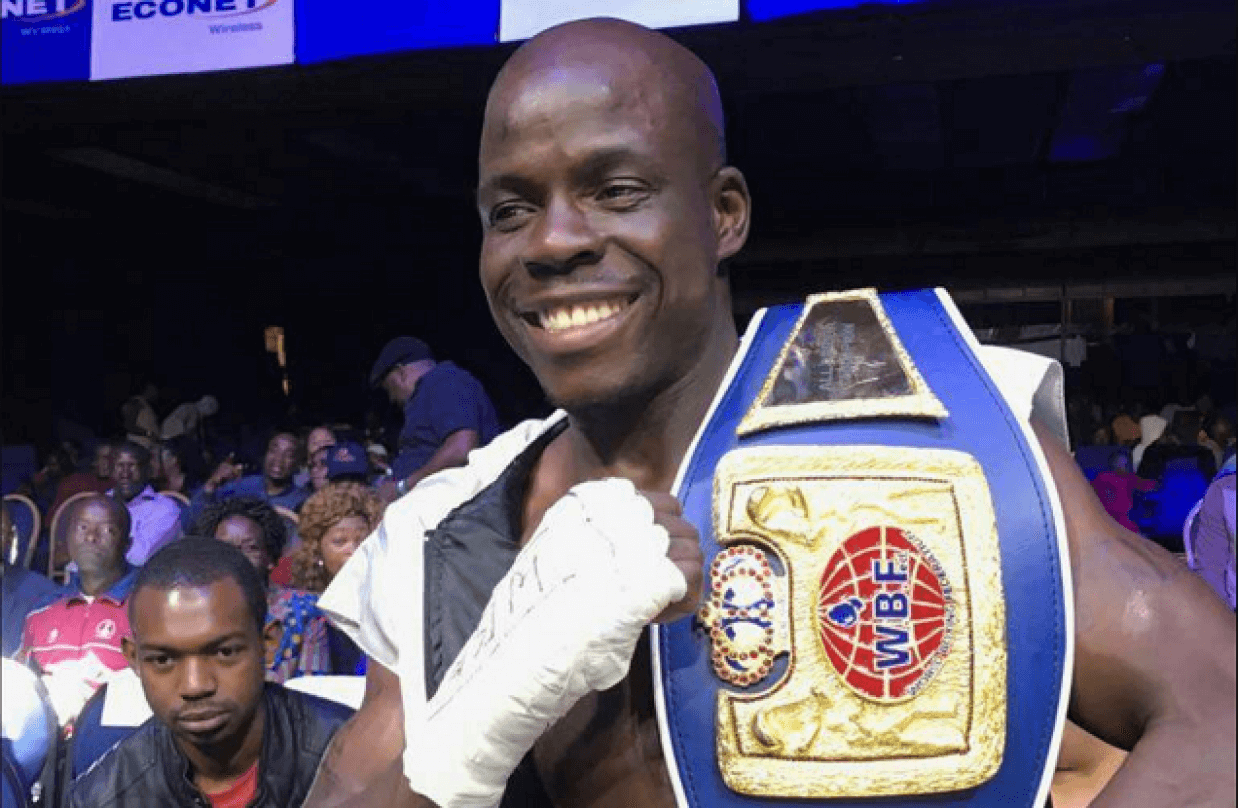 The local favourite had plenty of trouble getting the upper hand against the crafty Southpaw visitor, and a point deduction for Salem in the tenth and final round, for spitting out his mouth-piece, ended up costing the challenger a draw.

Judges Phumeza Zinakile and Eddie Marshall both scored the fight 95-94 for Gonorenda, who improved his record to 12-12 (7), while judge Patrick Mkondiwa had it 96-93 for Salam, now 11-2 (6). A rematch is reportedly in the works for Nigeria in late October.

In the co-featured bout, Namibian Lukas Ndafoluma successfully defended the WBF Intercontinental Middleweight title just four weeks after winning it, when Tanzanian challenger Hussein Itaba dislocated a shoulder and retired at the start of round four.

Nicknamed “The Demolisher”, Ndafoluma is now 13-1 (5) having also captured the IBO All Africa title last year. Unlucky Itaba, who was expected to provide a good test for Ndafoluma despite mediocre statistics, drops to 4-2-2 (3).

Billed as “A Fistful of Dollars”, the World Boxing Federation (WBF) double-header was promoted by Kalakoda Promotions and televised live by Kwesé Sports.