/** * The header for our theme. * * Displays all of the section and everything up till
* * @package pandrah */ ?> Angelo Frank Wins WBF International Title In Hamburg – The Pugilist 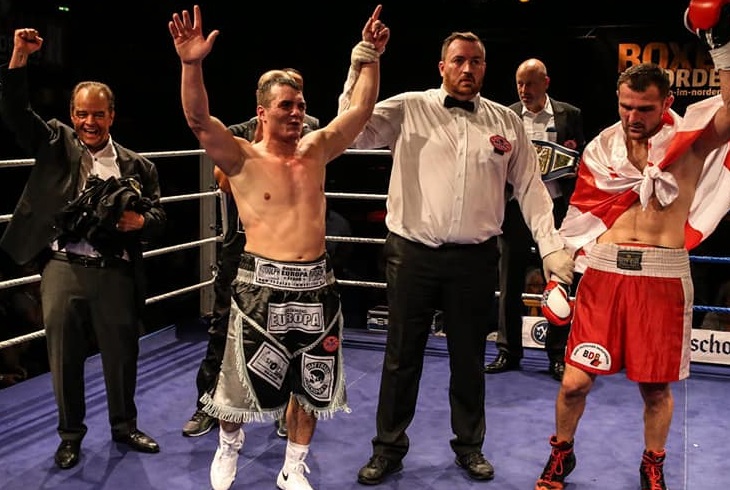 Frank entered the fight as a solid favourite, but it turned out to be a close fight where many rounds could have gone either way. Gujejiani tried to make good use of his height and reach advantage, while Frank tried to attack but actually found most success when counter-punching.

After ten somewhat lacklustre rounds of boxing, judges Marco Morales, Timo Habighorst and Hendrik Schram scored the fight 96-94, 97-93 and 98-95 respectively, all for Frank who hinted at possibly making a quick turn-around to defend his new title in October.

From a circus family who owns the Circus Europa, Frank (29) made a perfect somersault when proclaimed the winner, celebrating that he improved his professional record to 14-2 (9). Gujejiani (32) is now a misleading 11-11-2 (7).

The fight was one of three featured title bouts on a show promoted by Boxen im Norden.