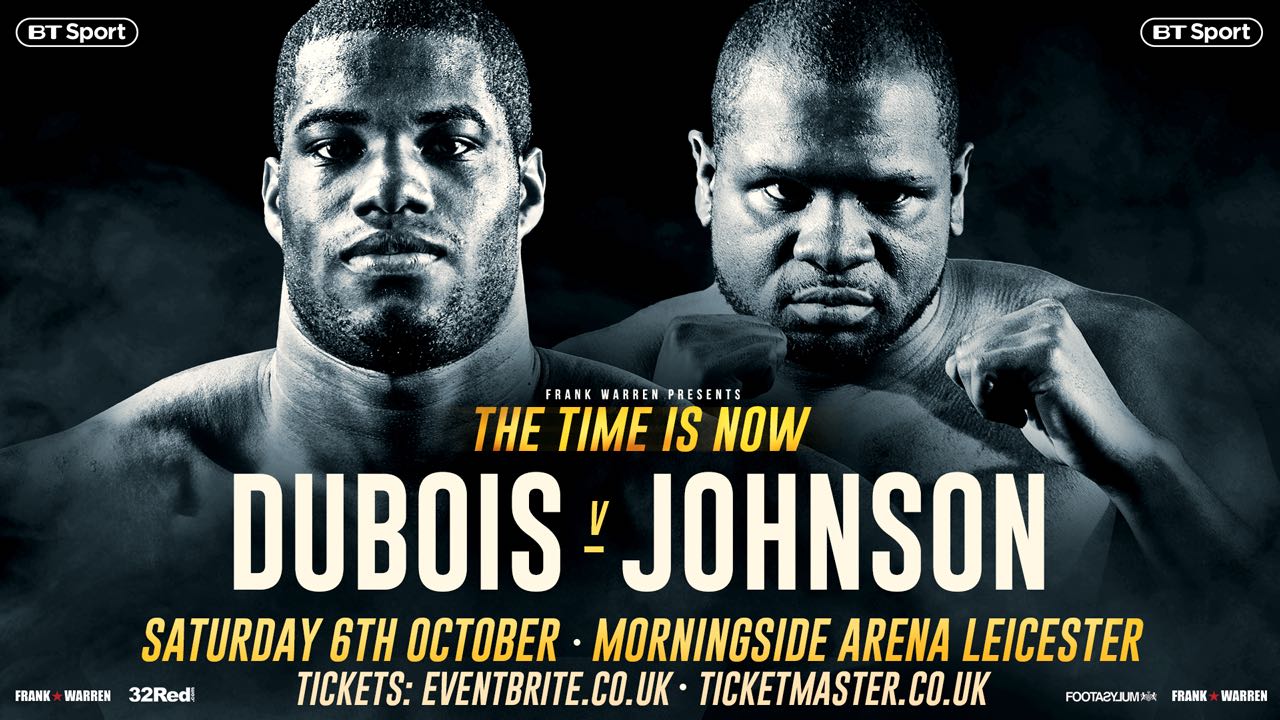 Heavyweight veteran and former World title challenger Kevin Johnson has warned upcoming opponent Daniel Dubois he will be facing ‘a new Kevin Johnson’ when they clash on October 6th at the Morningside Arena, Leicester.

Despite being at the age of 38 years old and over 15 years into his professional boxing campaign, it hasn’t stopped Johnson (32-10-1) from changing his regime and taking a different approach to finding ways to succeed within the sport.

“I’ve been doing strategic work with Richard Dean in the UK, Gary Clark in the US, and Christian Hiller in Germany. I’m experienced and am working in new ways. The mental side is a huge part of it for me now. That’s Richard Dean’s expertise right there, I’ve never worked with anyone better.” said the American.

Johnson’s boxing career has seen him step into the ring a total of 43 times and he has faced some of best heavyweights the division has had to offer in recent years including Tyson Fury and a world title challenge against Vitali Klitschko; something which Johnson believes could prove to be the difference between himself and Dubois (8-0, 8KO) on fight night:

“Look at the facts, he’s fought no-one with anywhere near my experience.” explained Johnson.

He continued: “It’s a massive step up for him. I’ve been in with everybody. He will really have to learn fast while he’s in the fight itself, or he’ll have a bad night.”

Daniel Dubois, who is celebrating his 21st Birthday today, has had a perfect start to his professional boxing career by defeating all eight of his opponents by knockout. Despite what will most certainly be a step up in level for the young heavyweight prospect, he is full of confidence he will beat the veteran American on October 6th.

“I’m happy for him that he thinks that!” chuckled Johnson.

“But, has he accumulated enough skills, abilities to mix at this level? Does he have skills at the next level?

“He definitely will not know until he steps in there. He will feel uncertain, no matter what he says, or what people tell him. He won’t have seen what I will bring. There will be points in that fight where he will feel very unsure, uncertain and unclear, and that is a fact.

“I lost my father last week, and that gives me so much renewed hunger to win this.

“The me who has done lots of physical prep and the me who has just lost his father. This is a new Kevin Johnson, but with lots of experience. I really want this, I will be bringing my A-Game.”