/** * The header for our theme. * * Displays all of the section and everything up till
* * @package pandrah */ ?> WELBORN: THIS IS THE END OF TOMMY LANGFORD! – The Pugilist 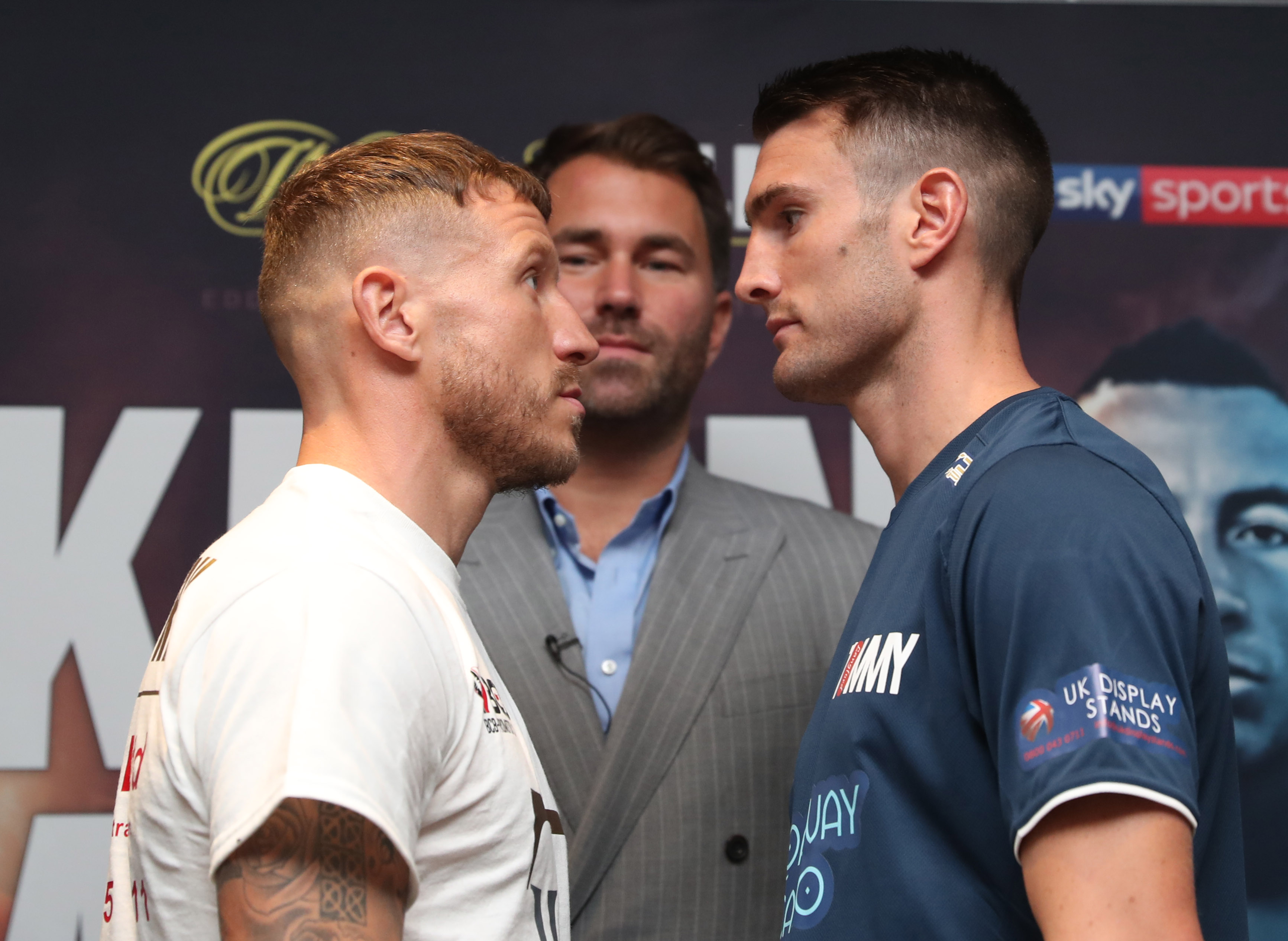 Jason Welborn says Tommy Langford’s career will be over if he loses again in a rematch for the Middleweight Lord Lonsdale belt at Arena Birmingham tomorrow night (September 8).

The Midlands Middleweight matchup will be shown live on Sky Sports in the UK and streamed live on the DAZN Facebook and Twitter pages in the US.

Welborn outgunned Langford in a British Boxing Board of Control nominated Fight of the Year contender back in May at Walsall Town Hall.

Langford went into their first meeting as the Champion and clear favourite with Welborn out at 7/1 with the bookies. Those odds were turned on their head though as the WBC International Silver Champion recorded a shock split-decision victory.

And Welborn believes that Langford wouldn’t be able to recover from a second successive loss.

“I’m confident at the end of the day,” said Welborn. “I deserved to win British title and I know that I can beat Tommy Langford again. I’ve trained even harder for this rematch and if I do what I did last time then I know that I’ll win.

“He’s got an excuse, he said that he didn’t prepare properly last time and he looked past me. He’s gone back to the drawing board, our side hasn’t. We’ve just got to turn up, get that win and do what I normally do.

“This is a brilliant bill here in Birmingham and it’s going to bring the best out of me. I’m ready to go 12 rounds at a solid pace, I’ve put my body through hell. He’s had his time, this is my time now. This is the end of Tommy Langford, I’m telling you straight.”

“Langford will be desperate to even things up and get the belt back. He will be hungry so I can’t switch off and I know exactly what I have to do to keep my belt.

“That said, I’m really confident. Langford struggles with fighters like myself and as long as my engine is as good as last time – and it will be – I can’t see anything other than another Welborn win.”

Welborn’s clash with Langford is part of a huge night of action in the second city, topped by Amir Khan’s Welterweight showdown with Samuel Vargas.