/** * The header for our theme. * * Displays all of the section and everything up till
* * @package pandrah */ ?> PRICE MEETS KUZMIN ON JOSHUA VS. POVETKIN UNDERCARD – The Pugilist 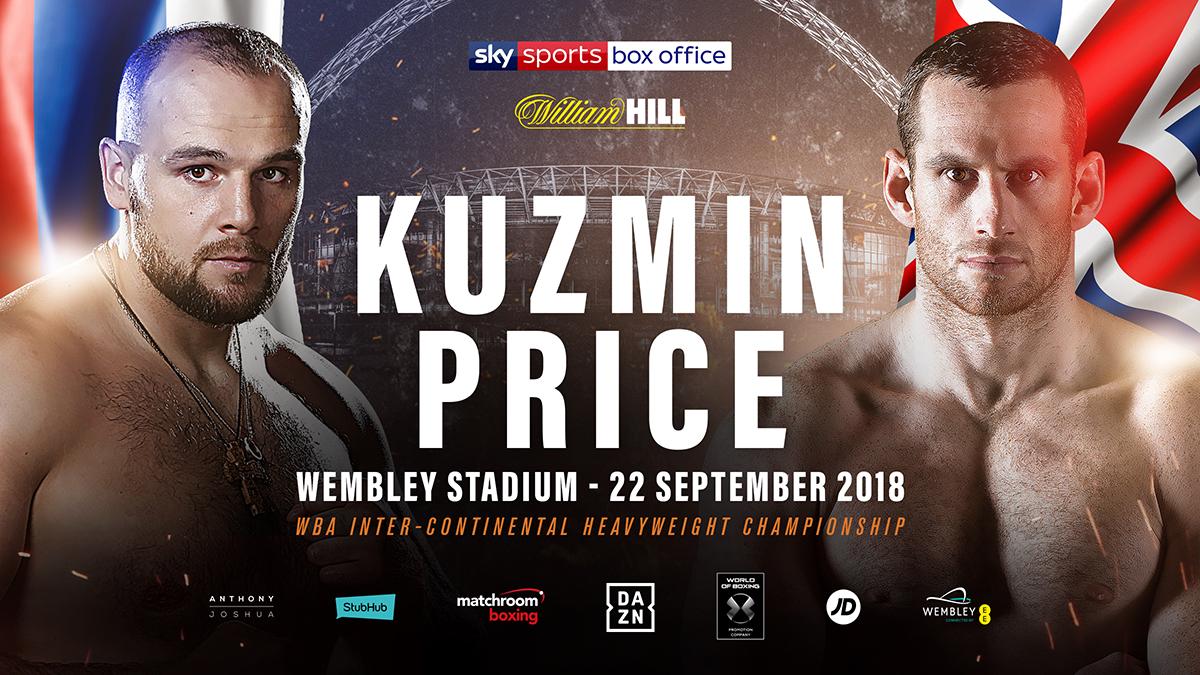 Last-chance saloon for Price at Wembley

David Price will take on Sergey Kuzmin for the WBA Inter-Continental Heavyweight title on the undercard of Anthony Joshua vs. Alexander Povetkin at Wembley Stadium Connected by EE on September 22, live on Sky Sports Box Office and DAZN in the US.

Price rocked former World Champion Povetkin before succumbing to a stoppage defeat last time out at the Principality Stadium in Cardiff in March and knows it is last-chance saloon against the Russian’s countryman Kuzmin.

The Liverpool man is determined to prove that he can still mix it with the best in the Heavyweight division on the biggest stage of all and a win against 12-0 Kuzmin would rocket his name back into the mix.

“It’s all been late notice but I was training to fight in Belfast anyway,” said Price. “It means I’ll have to squeeze in my sparring as the fight is only nine days away but I’ll come out all guns blazing on the night.

“It’s just great. I got a huge buzz last time being part of such a big occasion. There’s nothing like the feeling of a big fight night and I’m excited to be part of another one.

“Opportunity knocks again and I’m hoping to get some good support on the night. I was a massive underdog in the Povetkin fight. Kuzmin isn’t as well known but he’s serious and they plan to have me as just a name on his record.

“I’m a banana-skin for any undefeated prospect coming through. Going into this one I’m drawing on all the positivity of my experience last time and the fans’ reaction.

“People know when they come to watch me fight that it’s going to be exciting one way or another. This time, however, I’m confident it’s me who’ll come out on top. All I care about is getting in there and taking him out.”

Price vs. Kuzmin lands on the undercard of Anthony Joshua’s Heavyweight unification blockbuster with Alexander Povetkin, Luke Campbell gets a chance for revenge when he rematches Yvan Mendy in a Final Eliminator for the WBC Lightweight World title and Matty Askin defends his British Cruiserweight title against Lawrence Okolie.