/** * The header for our theme. * * Displays all of the section and everything up till
* * @package pandrah */ ?> Andrade and Jacobs make their picks for Canelo-GGG 2 – The Pugilist 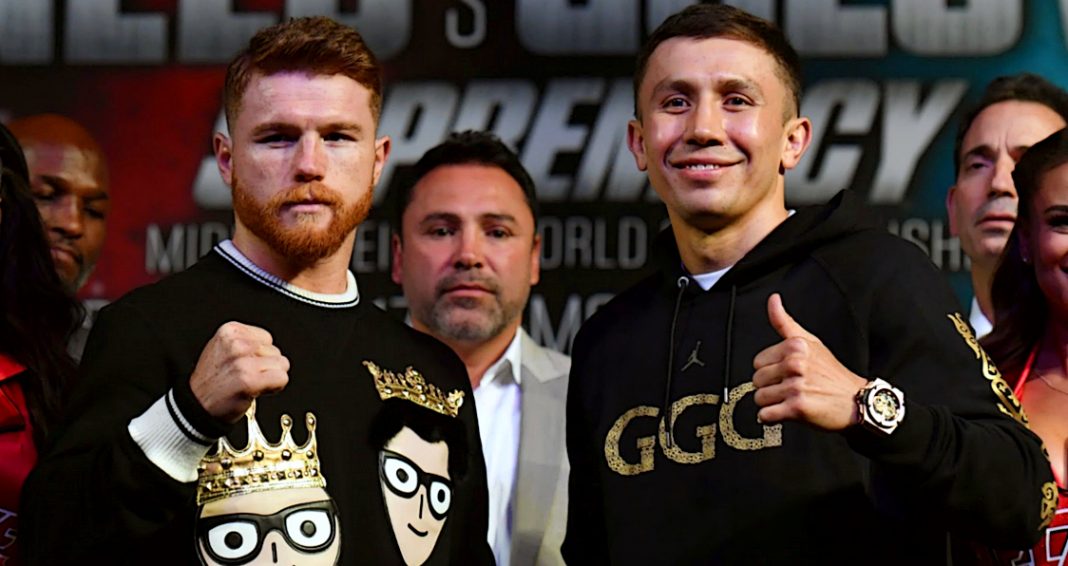 (NEW YORK, September 12) Demetrius Andrade and Daniel Jacobs are both targeting the winner of the rematch between Canelo Alvarez and Gennady Golovkin in Las Vegas this weekend – and they broke off from their training camps for two huge World title bouts to pick their winner.

Andrade (25-0 16KOs) is gunning for two-weight World glory when he challenges England’s WBO Middleweight king Billy Joe Saunders (26-0 12KOs) at the TD Garden in Boston on October 20, live on DAZN – and the Rhode Island star wants the Kazakh beast to beat the Mexican hero – whom he had strong words for!

Jacobs (34-2 29KOs) can become a two-time Middleweight king when he faces unbeaten Ukrainian ace Sergiy Derevyanchenko (12-0 10KOs) for the vacant IBF strap at Hulu Theater at Madison Square Garden in New York on October 27, live on HBO – and the Brooklyn ace is backing GGG to land the win, but wants the Mexican to win to set up his own rematch with Golovkin after he was edged out at the Garden by GGG in March 2017.

Andrade’s clash with Saunders tops a huge night of action in Boston with two more World title fights on the bill as Tevin Farmer (26-4-1 5KOs) is straight back in action to defend his IBF Super-Featherweight title against Belfast’s James Tennyson (22-2 18KOs) and Irish sensation Katie Taylor (10-0 5KOs) puts her IBF and WBA World Lightweight titles on the line against Puerto Rican star Cindy Serrano (27-5-3 10KOs).

Jacobs’ clash with Derevyanchenko tops a World title double-header on HBO as unbeaten Puerto Rican Alberto Machado (20-0 16KOs) makes the second defense of his WBA World Super-Featherweight title against Cleveland’s Yuandale Evans (20-1 14KOs) – and a third World strap on the bill as Heather Hardy (21-0 4KOs) and Shelley Vincent (23-1 1KO) meet in a rematch of their 2016 fight of the year battle – this time with the vacant WBO Featherweight belt on the line.

Tickets for October 27 are on sale now from www.Ticketmaster.com