/** * The header for our theme. * * Displays all of the section and everything up till
* * @package pandrah */ ?> JOSH WARRINGTON MAKES FIRST DEFENCE OF IBF WORLD FEATHERWEIGHT CHAMPIONSHIP AGAINST CARL FRAMPTON – The Pugilist 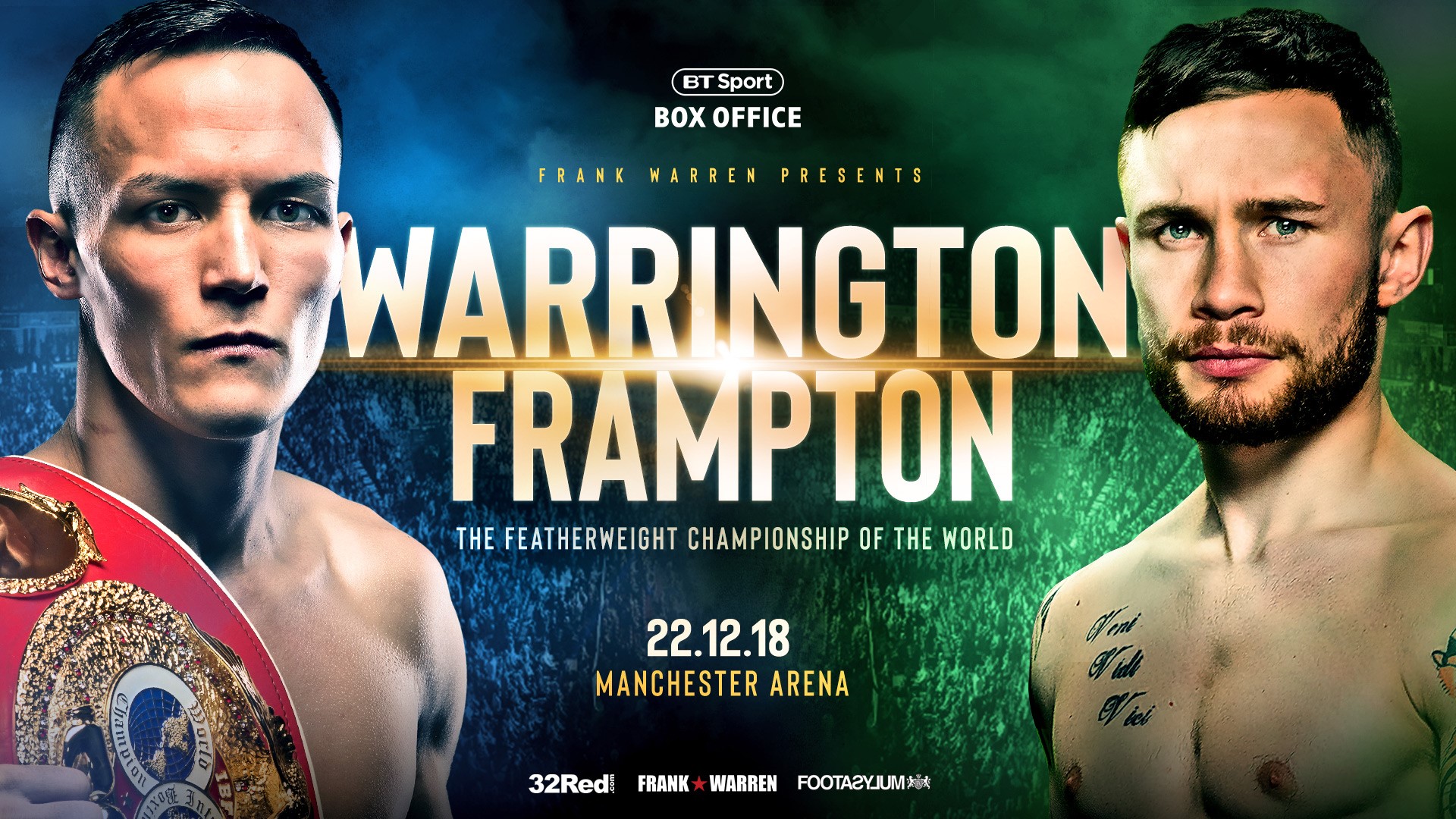 Warrington (27-0) became Leeds first ever world champion when he upset the odds and defeated Lee Selby at Elland Road back in May.

The undefeated 27-year-old will now be involved in yet another huge domestic clash this year when he faces the current interim WBO World Featherweight champion, Frampton (26-1) subject to IBF sanctioning.

“The Frampton fight really appeals to me and it will be another big scalp for me.” said the IBF Featherweight champion.

“I went over to Windsor Park to watch Carl fight a few weeks ago, I wouldn’t have gone over there if I wasn’t interested in the fight. There was easier routes I could have taken like having a voluntary. Frampton and Selby in the same year would be a massive achievement.

“It’s about keeping the momentum going and I just believe I can beat Carl. I am just as confident in beating Carl as I was beating Lee [Selby]. These are fights that the British public want to see, I’m a world champion and when you are world champion you want to fight the best and Carl is a name who is up there.”

The fight will take place in neutral territory when both sets of boxing fans make the trip to Manchester on 22nd December. Both fighters have proved in recent times that they are two of the best supported boxers in Britain. Over 20,000 Warrington fans filled up Leeds United’s Elland Road in May whilst Frampton sold out Northern Ireland’s national stadium, Windsor Park in August.

“Me and Warrington have big fan bases that make a lot of noise, so I think first and foremost the atmosphere is going to be fantastic and possibly a bit hostile as well.” said Frampton.

‘The Jackal’ will have the opportunity to become world champion once again, when he faces Warrington. The Belfast man has been without a world title since his narrow points defeat to Leo Santa Cruz in Las Vegas in January 2017. If victorious, it will be Frampton’s fourth world title in two weight divisions in which has been already a very successful boxing career.

“I’ve done a lot more in my career than I thought I would have when I turned professional. I’m very proud of my career but I believe I still have more to give and want to keep going as long as I can. I will add my fourth world title and go on and unify again.

“You’re going to see two hungry guys in their prime, Warrington has just won this world title and isn’t going to give it up easily. I know what it’s like to be a world champion and I want that feeling back again, I think there is going to be fireworks in this fight.”

More information on how to purchase tickets for Warrington v Frampton will follow soon.