/** * The header for our theme. * * Displays all of the section and everything up till
* * @package pandrah */ ?> European Champ Boudersa Goes For WBF World Title – The Pugilist 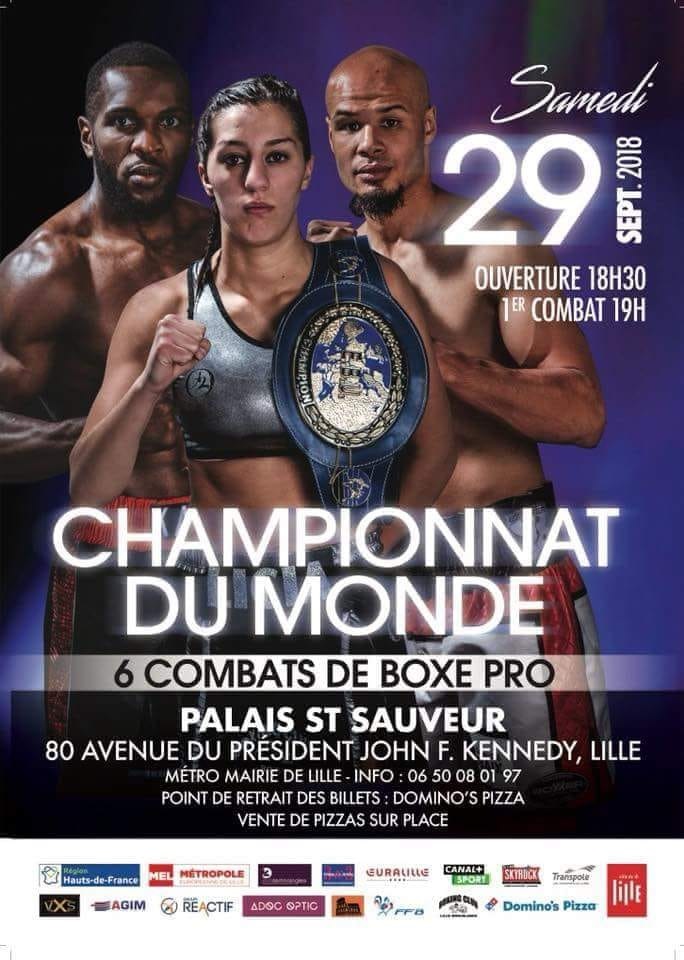 From Lille, 26-year-old Boudersa, 12-1-2 (2), will face former world title-challenger Hasna Tukic, 10-7 (9), a Bosnian based in Germany who lost a decision to current WBF World Lightweight Champion Nicole Wesner in July of 2017.

Boudersa is undefeated since losing her second pro fight in June of 2015, and captured the French national crown less than a year later before becoming European Champion in January of 2017 with a victory over undefeated compatriot Ericka Rousseau (10-0).

She has since gained experience in six non title fights, and is now ready to take her career to the next level as she hopes to join a group of current French WBF World Champions that includes Oshin Derieuw, Segolene Lefebvre and Anne Sophie Da Costa.

Also on the bill, another local favourite will be fighting for a World Boxing Federation (WBF) championship, as unbeaten puncher Samuel Kadje takes on Vasil Ducar from the Czech Republic for the vacant International Cruiserweight title.