/** * The header for our theme. * * Displays all of the section and everything up till
* * @package pandrah */ ?> ADAMS OUT TO KO MILLAN AND WOW NEW FANS – The Pugilist 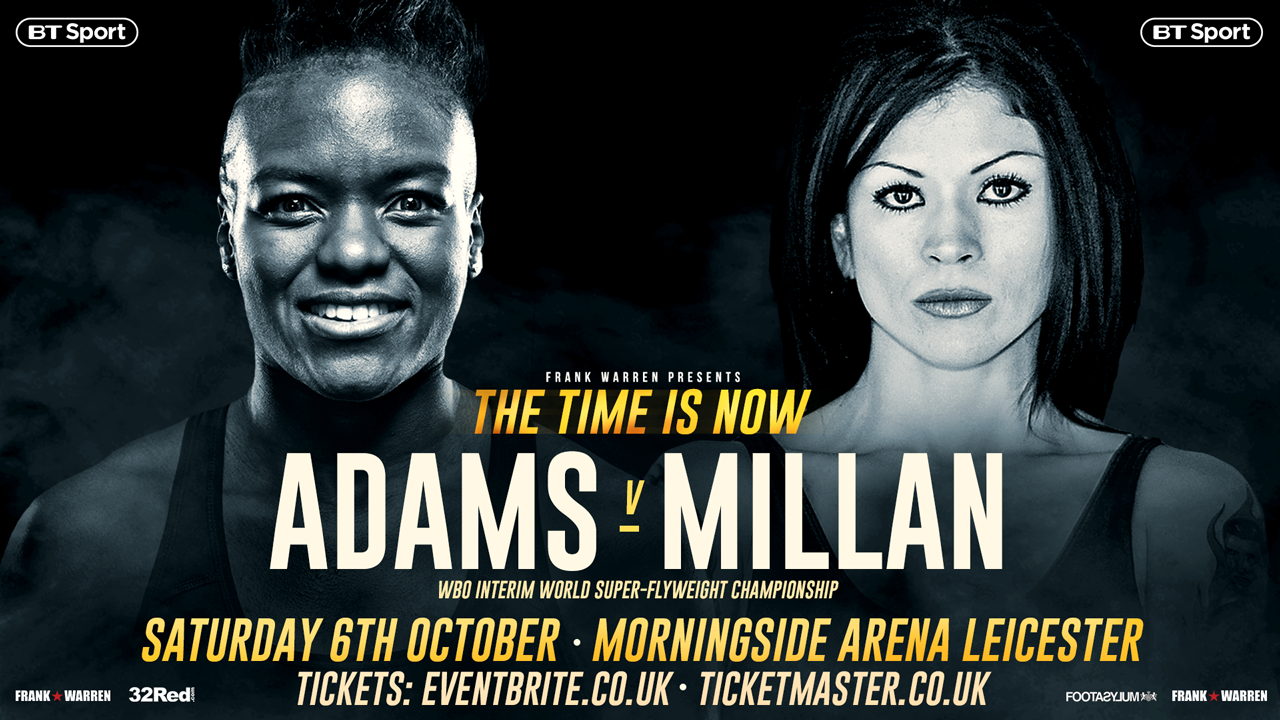 NICOLA ADAMS believes a fourth straight knockout win is the best way to keep her fan base growing.

He last three opponents Maryan Salazar, Soledad Macedo and Soledad del Valle Frias have all been stopped inside three rounds.

Adams, 35, said: “I am happy to get a reputation as a puncher and I want that to continue. That is what people want to see.

“I just hope Isabel comes ready to fight because I want to put on a show for the crowd and then it’s onto the next one.

“My coaches have had a good look at her. We have the tactics in place and I am not worried at all.”

If she comes through against Millan, promoter Frank Warren is confident of luring full WBO champion Arely Mucino to Britain to defend against Adams.

But Adams won’t be content with her fight career until she has dominated all the flyweight division champions besides Mucina – Leonela Paola Yudica (IBF), Naoko Fujioka (WBA) and Ibeth Zamora Silva (WBC).

“I want to unify the flyweight division and I may do a little bit more in boxing after, but that is my goal right now,” she added.

“There are so many more girls and women getting involved in boxing now at amateur level and I’m sure that will filter through to the pros.

“It will be nice to sit back when I have retired and watch all the British girls winning tournaments, Olympic medals and going on to be world champions as professionals.”