/** * The header for our theme. * * Displays all of the section and everything up till
* * @package pandrah */ ?> Doherty in Confident Mood Ahead of European Title Shot, Against Seilis This Coming Saturday – The Pugilist 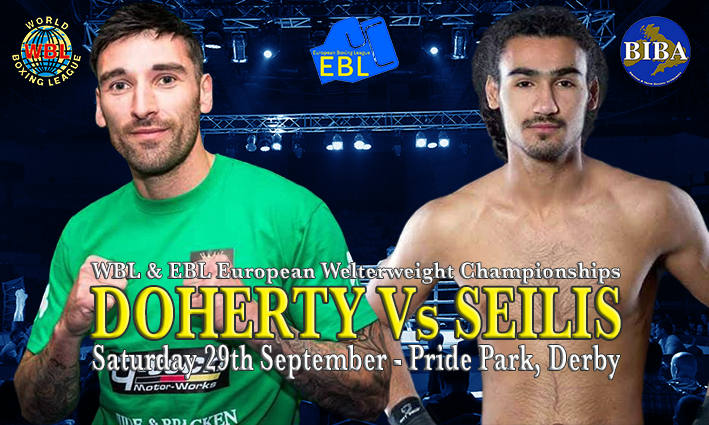 Doherty has been mighty impressive, since bursting on to the professional scene, with a solid points victory over Belfast’s Marty Kayes back in September 2016, which he followed up with a series of solid points victories over the past two years, culminating in a sensational performance, and yet another shutout points victory, against another tough Latvian, Grigorijs Dunecs, in an eight rounder back in April this year.

It was this particular performance against Dunecs that led promoter Dan Gray to decide it was time for his charge Doherty to step up and challenge for Championship honours, as such on Saturday night, Doherty and his opponent Seilis are set to go toe-to-toe for both the World Boxing League (WBL) and European Boxing League (EBL) European Welterweight Championships.

“My training camp has gone very well, Dan Gray pushed me to my limits in training as well as arranged some seriously top class sparring for me.

“My opponent has changed, I don’t know too much about Gvido Seilis, other than he seems a very tough lad. Would normally have video footage of the opponents fights in plenty of time, which helps in us to adapt to the opponent’s style, however not the case this time, but we’re not worried, the camp was that good.

“We know we are up against it, but I’m feeling confident I’ve got what it takes to do what is needed to bring those title belts home.”
Ross Doherty versus Gvido Seilis for the World Boxing League (WBL) and European Boxing League (EBL) European Welterweight Championships, co-headlines with the Nathan Decastro versus Agoe Ashong, for the Professional Boxing Council (PBC) Commonwealth Super Middleweight Championship contest on the Daniel Gray promoted event at Pride Park in Derby on Saturday 29th September 2018.