/** * The header for our theme. * * Displays all of the section and everything up till
* * @package pandrah */ ?> DAZN ANNOUNCES EIGHT-YEAR DEAL WITH MATCHROOM BOXING USA TO EXCLUSIVELY BROADCAST FIGHTS IN CANADA – The Pugilist 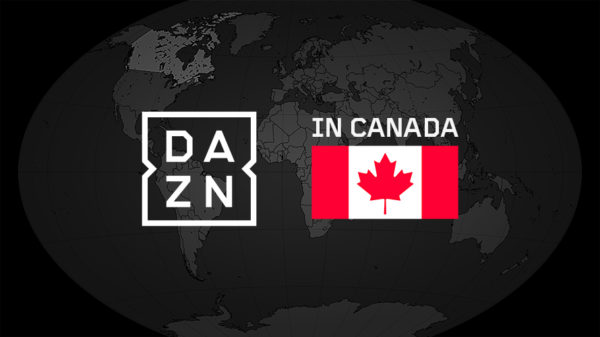 TORONTO, Sept. 25, 2018 – DAZN, the live and on-demand sports streaming platform, announced today that it has signed an eight-year distribution deal with Matchroom Boxing USA, a world-leading boxing promoter, to exclusively deliver a series of fight nights along with original programming on DAZN Canada.

DAZN Canada plans to broadcast 16 live fight nights through August 2019, beginning with the Jessie Vargas vs. Thomas Dulorme card on Oct. 6, 2018 at Wintrust Arena in Chicago and Oct. 20, 2018, when Billy Joe Saunders defends his middleweight title against Demetrius Andrade at TD Garden in Boston. DAZN will also produce original programming that viewers can watch ahead of and following fights.

DAZN’s investment comes on the heels of a historic $1 billion dollar joint venture between Matchroom Boxing and DAZN Group that was announced earlier this year. This joint venture represents DAZN’s vision to reignite the fight sports community and to bring passionate fans closer to their sport and fighters.

“For too long, the fight sports market in Canada has been underserved,” said Joseph Markowski, DAZN SVP, North America. “Our partnership with Matchroom allows us to drive our fans-first approach and give our users an opportunity to pay one monthly flat fee with no long-term contract or commitment, an unprecedented value proposition for fight fans.”

Matchroom Boxing Managing Director Eddie Hearn said, “DAZN has already proven to be an integral partner in Matchroom’s growth around the world. For fight fans specifically, we want to make DAZN a must-have for fight fans by featuring the world’s biggest athletes at premium venues. By expanding our relationship into Canada, we’re confident we can make that vision become reality.”

DAZN is the world’s first dedicated live sports streaming service and is leading the change to give sports fans around the world access to sport anytime, anywhere. DAZN remains the only place for Canadians to watch every single live NFL game, and is the exclusive home of RedZone. DAZN has also become the new home of UEFA Champions League, Europa League, Serie A and offers MLS Live, MLB Network, Six Nations Rugby, boxing, cricket and much more live and on-demand.