/** * The header for our theme. * * Displays all of the section and everything up till
* * @package pandrah */ ?> Boudersa, Ducar & Betancourt Crowned New WBF Champions – The Pugilist 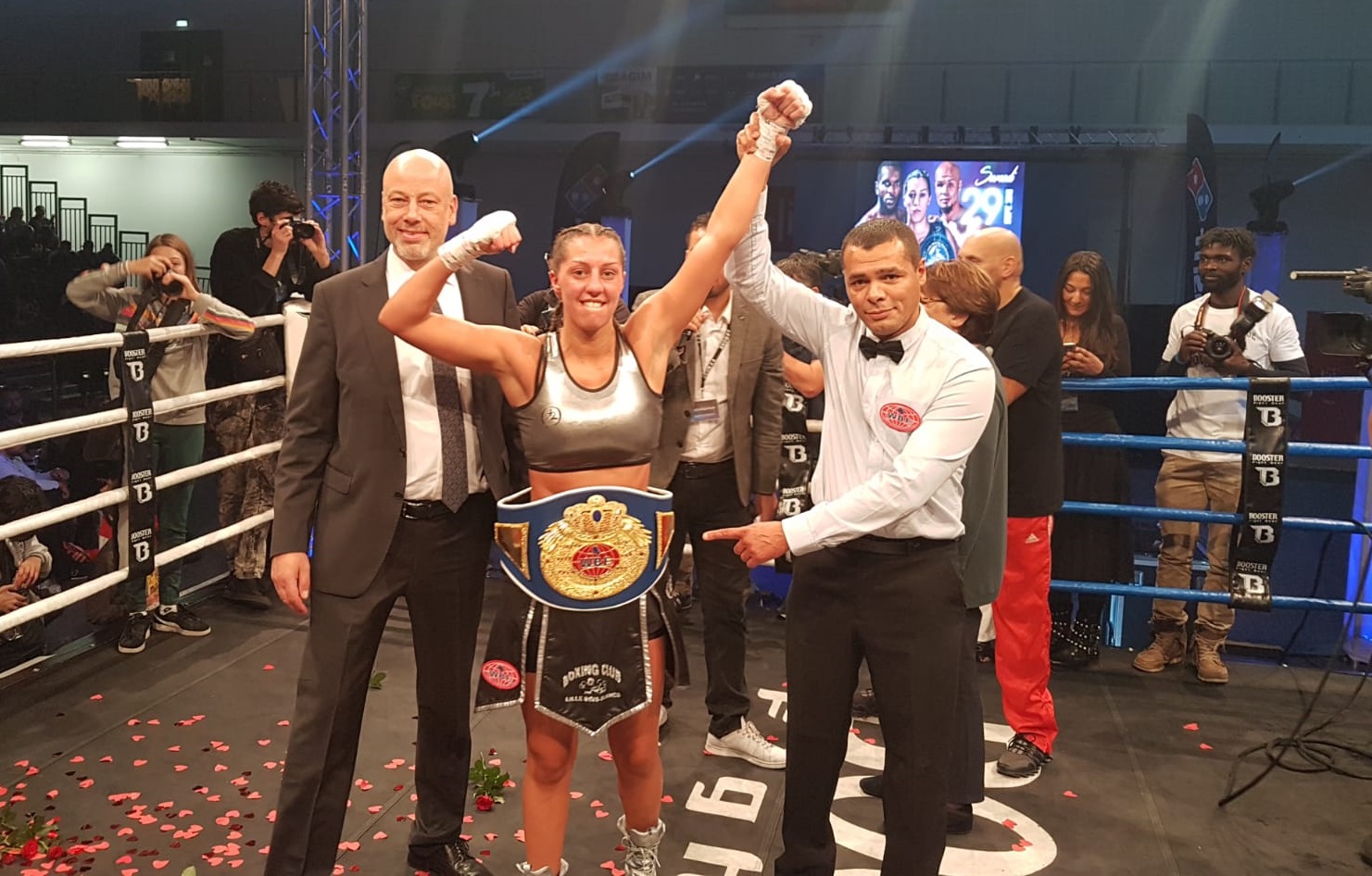 At the Palais St. Sauveur in Lille, local star Licia Boudersa moved up from Featherweight, where she held the European crown, to claim the vacant WBF Womens World Super Featherweight title after a dominant performance against Germany-based Bosnian Hasna Tukic.

Outclassing her opponent in every way, Boudersa knocked Tukic down with a barrage in round four and again in the seventh, making referee Smail Alitouche stop the onslaught. Official time of stoppage was 1:52 of round seven.

In the co-featured bout, Vasil Ducar from the Czech Republic shocked local man Samuel Kadje by scoring a tenth round stoppage, only eight seconds from the final bell, to win the vacant WBF Intercontinental Cruiserweight title in a high class battle of unbeatens. Kadje, who forced the action while Ducar effectively countered, appeared enroute to a decision victory, but completely ran out of gas in the final round and was stopped when Ducar took advantage, forcing referee Christophe Hembert to wave it off by landing a flurry of unanswered punches.

In Sonora, Mexico, Victor Betancourt won the vacant World Boxing Federation (WBF) Mexican Super Featherweight title when he beat Saul “Temible” Banos in the headliner of a show promoted by Rodrigo Escobar and his ER Promotions.

It was a competitive and entertaining fight, but Betancourt was the sharper and more active man, and after ten rounds he was deservedly declared the winner by unanimous decision. Banos put up a good effort, but he was always one step behind his foe.