/** * The header for our theme. * * Displays all of the section and everything up till
* * @package pandrah */ ?> Johnson inspired by Smith’s heroics to ‘shock the world’ – The Pugilist 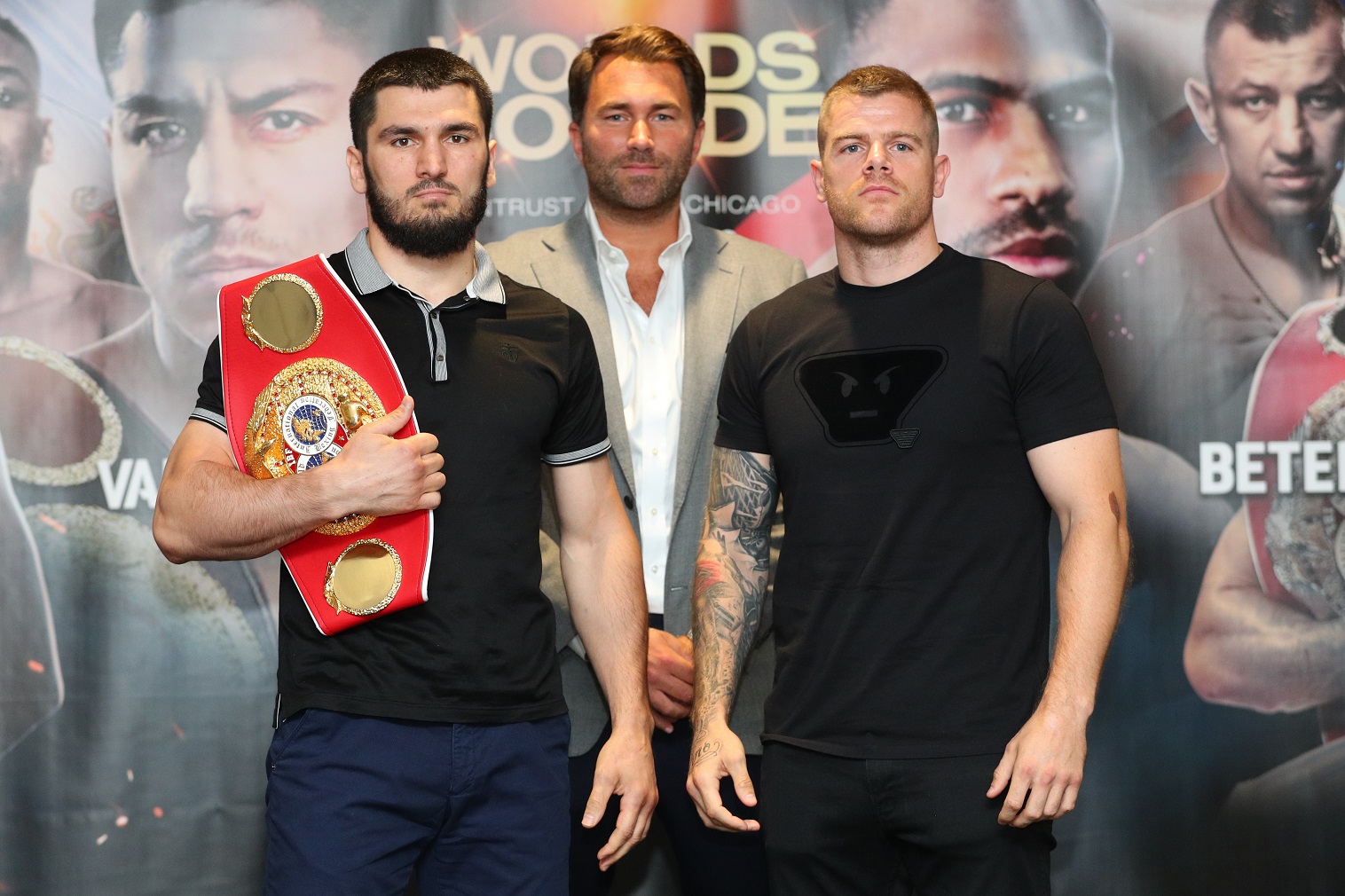 (Chicago – October 2) Callum Johnson is targeting a ‘Callum win double’ and follow gym-mate Callum Smith’s World title win with his own stellar triumph at the elite level when he challenges IBF World Light-Heavyweight champion Artur Beterbiev at the Wintrust Arena in Chicago on Saturday night (October 6) live on DAZN.

Boston banger Johnson (17-0 12 KOs) knows he has to put in the performance of his career against Russian wrecking machine Beterbiev (12-0 12KOs), but after returning to action with a stunning first round KO of Frank Buglioni in his last outing in London in March – and the 33 year old predicts a violent showdown with the champion on Saturday, and another memorable night for Gallagher’s gym.

“Callum’s win has just inspired me even more to win here,” said Johnson. “It was a stunning performance and he’s the number one in the division now, and that’s what I want to become at Light-Heavyweight.

“I’ve dreamt of moments like this since i was a kid. No one else wants to fight him but I can’t wait to get in there with him. I’m living the dream and I genuinely believe I will shock the world.

“I know about him, if I wasn’t confident I wouldn’t be here. We were amateurs around the same time but we never came across each other to fight, but I would have done then and now we are fighting and it’s on a massive stage for a World title so it’s even better.

“He is a strong, powerful beast and he’s a very good fighter, it’s a tough ask, but it’s a challenge that I am up for and I’m full of belief.

“We’re not going to have to look for each other. He likes to KO people and so do I. We’ll meet in the middle of the ring and let the bombs go. There will be thought involved and we can both box, but we both want to take people out with bog shots, so it’s going to be exciting

“I shocked people [against Buglioni] and I don’t really know why. People had forgotten about me, out of sight, out of mind, but I showed them what I am capable of against Frank. I’ve been written off again and maybe rightly so, but I can KO any Light-Heavyweight in the world, and he’s no exception.

“People said ‘he’s never boxed anyone as good as Frank Buglioni’ – no disrespect to Frank, but I could name 20 fighters I’ve boxed that are better than Frank. Yes, it was in the amateurs with headguards, but just because people hadn’t seen me do it in the amateurs, doesn’t mean that I couldn’t. There’s still a lot more to see from me, my best has not come out in the pros.”

Johnson’s battle with Beterbiev is part of a massive night of action in Chicago, topped by the WBC Silver Welterweight title clash between Jessie Vargas and Thomas Dulorme.