/** * The header for our theme. * * Displays all of the section and everything up till
* * @package pandrah */ ?> VIP Promotions returns to the Oldham Leisure Centre this Saturday (October 6) with a stacked card of boxing – The Pugilist 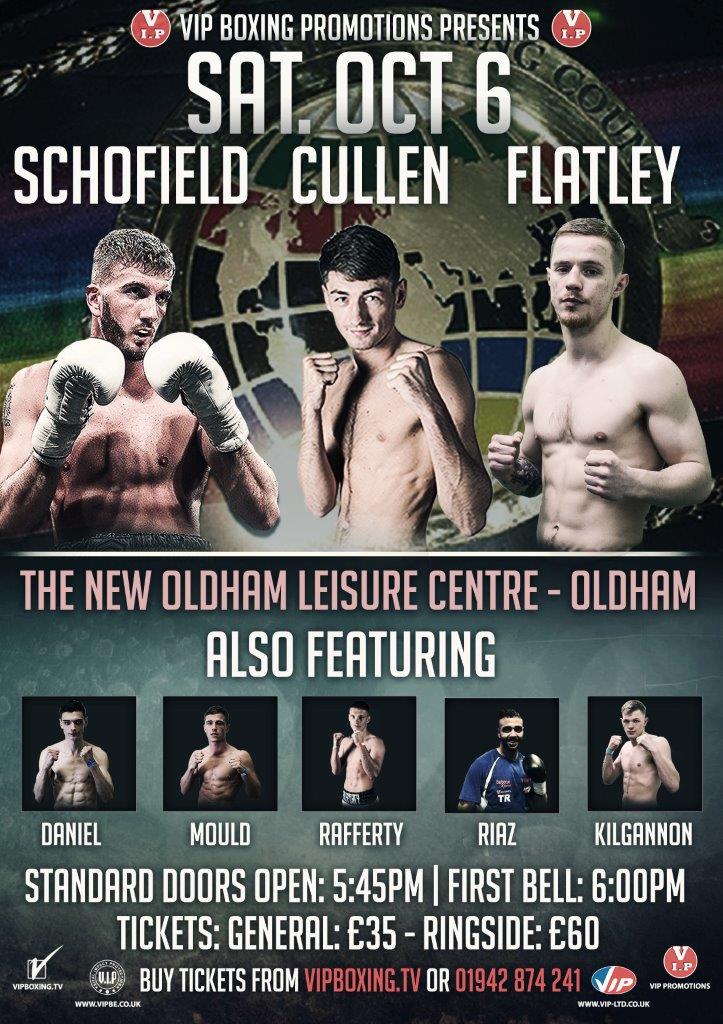 Cullen from Bolton was due to face Wiltshire’s Anthony Fox but, with Fox now off the show, Jack will have to negotiate the challenge of a late replacement. In just two years as a pro, Cullen – AKA ‘Little Lever’s Meat Cleaver’ – has romped to 13-1 (4), with his sole defeat coming in the Irish Last Man Standing tournament, when he had just eight minutes to recover from his semi-final bout, before appearing in the final!

Meanwhile, super middleweight Kilgannon, 5-0 (2), gets his first six rounder against the experienced Lewis van Poestch, 7-80-1 (1); while local man Rafferty, in his fifth outing, will fight for the first time in his home town.

“We had a great show last weekend in Liverpool, and I’m expecting another good one this Saturday in Oldham,” said promoter Steve Wood. ” Jack Cullen will have to be on his game because he was due to face Fox, but will now get someone totally unexpected. Our fighter, Marcel Braithwaite, lost last weekend against Brett Fidoe, so it just shows that upsets do happen and Jack will need to be switched on.

“As well as these three Jacks [Cullen,Kilgannon and Rafferty], we’ve also got another two Jacks appearing on the show – Jack Flatley and Jack Daniel! All five are in the early stages of their careers, but I believe there’s a few champions amongst them. Reece Mould and Charlie Schofield both get a run out too, both are unbeaten and Reece has five KOs from his ten wins, so it will be interesting to see if he can get another early finish.”