/** * The header for our theme. * * Displays all of the section and everything up till
* * @package pandrah */ ?> CES Boxing kicks off media tour next week – The Pugilist 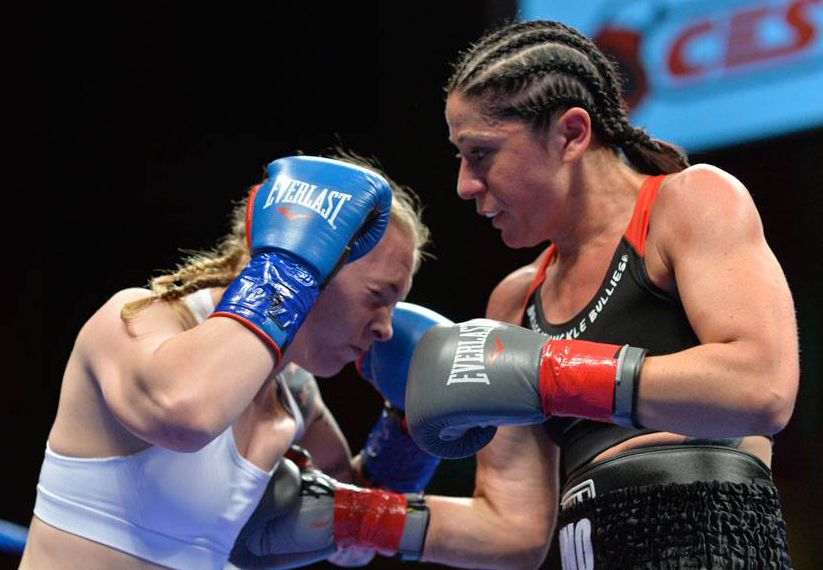 FEMALE BANTAMWEIGHT MARCIA Agripino, right, aims for her second consecutive win at Foxwoods Resort Casino on Saturday, Oct. 20th, 2018 when she battles Canada’s Stephanie Essensa in a six-round bout on the undercard of CES Boxing’s professional and amateur boxing showcase at the Fox Theatre. Inactive for five years, Agripino earned her first win since 2013 in June when she outworked California’s Kay Hansen at Foxwoods. Photo courtesy of Will Paul

The Oct. 20th card also features several hotly-contested regional rivalries, starting with what could be the showstopper in the welterweight division between unbeaten Derrick Whitley Jr. (4-0) of Springfield, Mass., and rising prospect Sharad Collier (1-0) of Hartford, Conn., who won his professional debut in June.

Fan-favoriteMarcia Agripino (2-1-1) of nearby Ledyard is back for the second time since June and will fight her first six-round fight against the dangerous Stephanie Essensa (3-1-1) of Alberta, Canada. Providence, R.I., lightweight Nicky DeQuattro (3-1, 1 KO) makes his second Foxwoods appearance in a four-round bout against Muay Thai pro Geoffrey Then of Danbury, who steps inside the boxing ring for the first time, and Springfield lightweight Calixto Cruz makes his professional debut in a four-round bout against Providence’s Joseph Santana. Fighting in a separate four-round bout, decorated Bridgeport standout Jacob Marrero makes his professional debut following an amateur career in which he finished 58-7.