/** * The header for our theme. * * Displays all of the section and everything up till
* * @package pandrah */ ?> Toon Army Hero Alan Shearer backs Lewis Ritson to go all the way to the top – The Pugilist 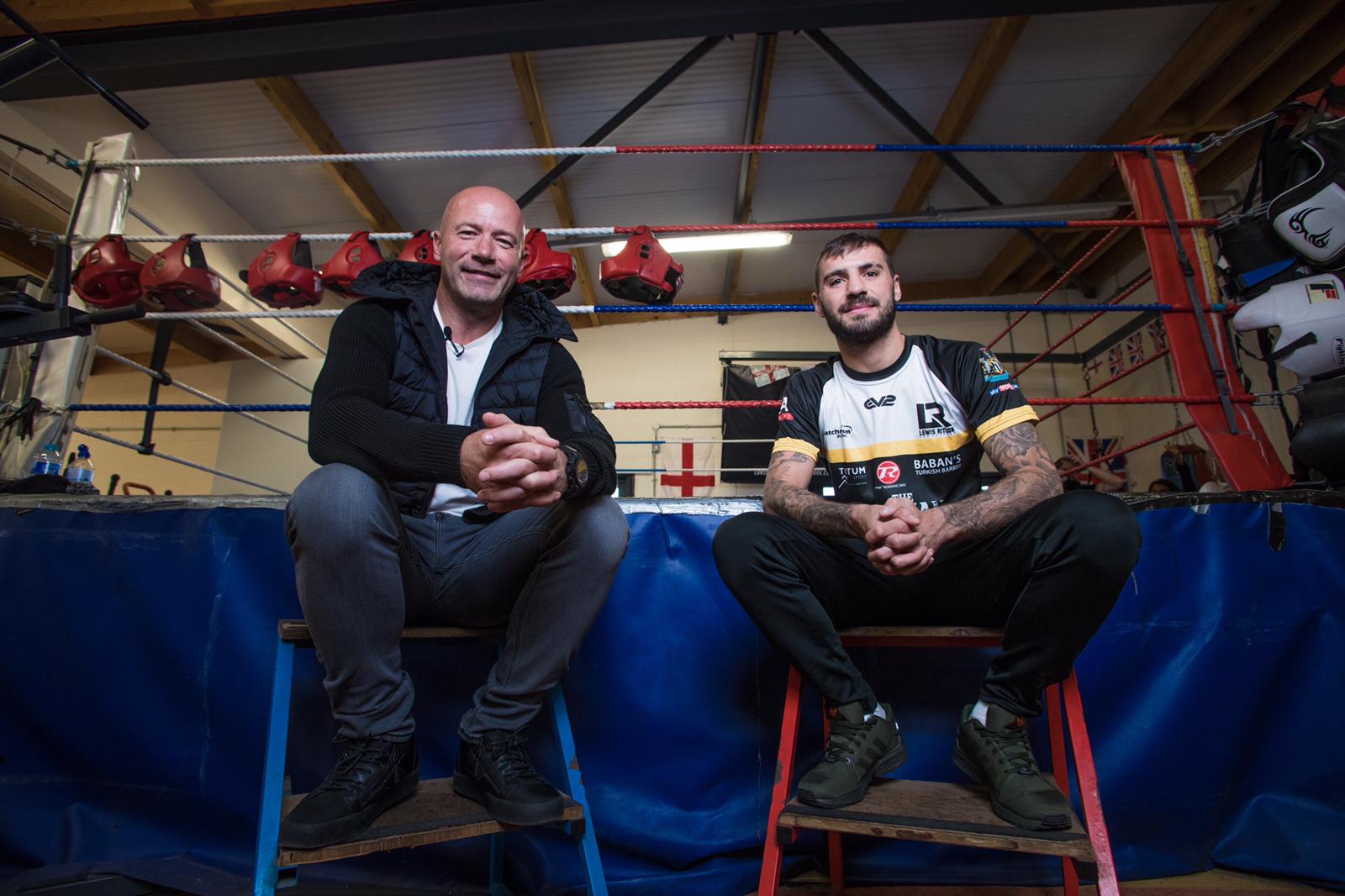 Alan Shearer is backing Lewis Ritson to go all the way to the top – and the Newcastle United legend hopes the Lightweight sensation follows his path and packs St. James’ Park for a big fight night.

A star-struck Toon Army mad Ritson met the number nine idol in the build up to his European title clash with Francesco Patera on Saturday night (October 13) and the ‘Sandman’ has sold the Metro Radio Arena out after packing it to the rafters for the first time in June when he destroyed Paul Hyland Jr in a round to win the British title outright.

Gallowgate favourite Shearer knows all about the fanatical support in Newcastle after banging in 206 goals in ten seasons for his boyhood club, and he believes that the fans will soon be roaring him to World title honours on the hallowed turf.

“This will be my first ever fight that I’m attending so there’s no pressure for Lewis!” said Shearer.

“The fans are incredible up in Newcastle. If he keeps on winning then a fight a St James’ Park could happen as Lewis dreams of.

“That buzz when you walk out at St. James’ is special. I never really used to hear the singing on the pitch during the game, when you walked out the atmosphere was loud and that’s when I used to soak it all in but when that whistle went it was game time and I was zoned in.

“I used to stand on the terraces as a fan so to walk out and score in front of your own people is that bit more special. That’s the same for Lewis, but he’s knocking people out!

“It’s been interesting to speak with Lewis and understand how much preparation goes in from his training team to study opponents. When I was playing I knew the strengths and weaknesses of the centre backs and map out in advance how I want the service.”

Shearer and Ritson have a common thread having both played for famed kids’ team Wallsend Boys as kids, and the hitman-turned-pundit thinks the club has played a part in his success – and along with his close bond with his trainer father, could help him stay at the top when he’s there.

“When I was a young boy playing at Wallsend Boys club it taught me a lot. Lewis played there as well and some of that discipline will have no doubt rubbed off on to his game.

“Having his Dad standing there in the corner for each fight must be a proud feeling for the both of them.

“What I would say to Lewis is the easy part is getting to the top, but the hard part is staying there. He’ll have the money, house, holidays and car. The opponents will know more about him and the level is only going to get tougher. It’s not easy and he’ll have to probably come through some tricky moments but he’s got a great team around him.

“I’ll be there ringside and will be the first one to lead the songs when the Blaydon Races comes on.”