/** * The header for our theme. * * Displays all of the section and everything up till
* * @package pandrah */ ?> MATCHROOM BOXING RETURN TO MONACO WITH WORLD TITLE DOUBLE-HEADER ON NOVEMBER 24 – The Pugilist 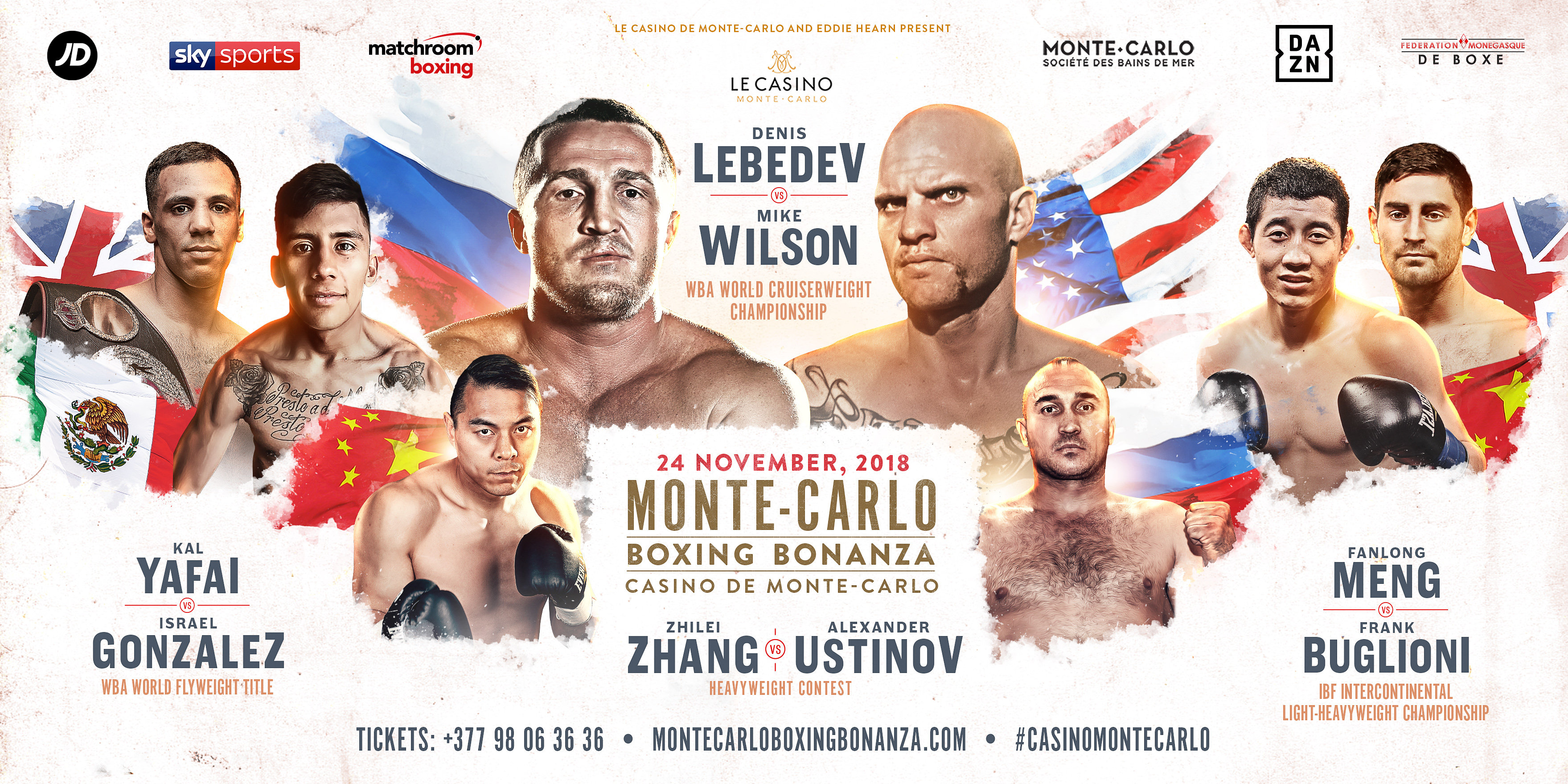 Eddie Hearn’s Matchroom Boxing and the Casino de Monte-Carlo are delighted to confirm further details of the third edition of the Monte-Carlo Boxing Bonanza – a night of World Championship Boxing taking place on Saturday November 24, live on Sky Sports in the UK and DAZN in the US.

WBA Super-Flyweight World Champion Kal Yafai (24-0, 15 KO’s) aims to maintain his undefeated record when he makes the fourth defence of his crown against Mexico’s Israel Gonzalez (23-2, 10 KO’s). Yafai stopped another Mexican, David Carmona, in seven rounds on his US debut in California in May and is promising another explosive performance on November 24.

Further details of undercard additions will be announced in due course.

“I’m delighted to be back in Monaco for the third time for another fantastic night of World Championship boxing,” said Eddie Hearn. “It’s always special to return to the Casino de Monte-Carlo. It’s a stunning setting that’s unique within boxing and will be broadcast and enjoyed by fight fans throughout the World.”

Tickets for November 24 start at €400 and will be available to purchase via www.montecarlolive.com, emailing ticketoffice@sbm.mc or phoning +377 98 06 36 36 later this week.