/** * The header for our theme. * * Displays all of the section and everything up till
* * @package pandrah */ ?> Lefebvre vs. Marcos, Mouhib vs. Said WBF Doubleheader – The Pugilist 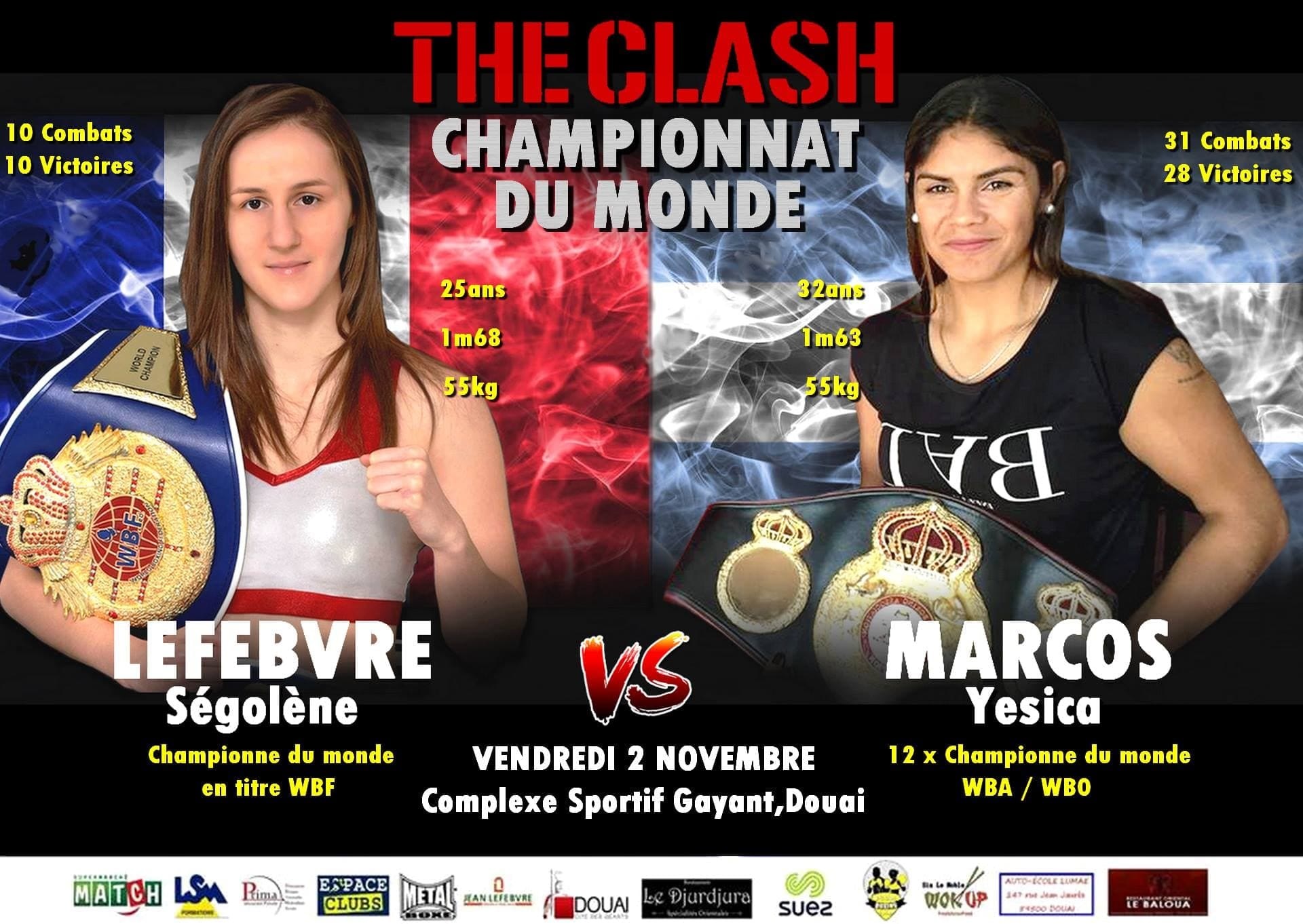 A pro for ten years, 32-year-old Marcos has taken part in ten world championship bouts, winning eight of them, drawing one and only losing one. At least on paper she is by far the best, and certainly most accomplished, opponent Lefebvre has so far faced.

The chief supporting bout will be a clash of undefeated boxers, as Mehdi Mouhib, 16-0 (10), takes on three-time Egyptian Champion Abdumonem “Braveheart” Said, 18-0-1 (8), for the vacant WBF Intercontinental Welterweight title.

For both men it will be a step up in competition, and their first opportunity to win a major title, and the 28-year-old local man is not expected to have an easy nights work against the more experienced Cairo-boxer. Said has been in five national title-fights, while Mouhib enters his first championship bout.

Two evenly matched fights, and the fact that Lefebvre and Mouhib need all the support they can get, are expected to bring the loyal Douai boxing fans out in droves. It remains to be seen if both Douai favourites are also undefeated following November 2.