/** * The header for our theme. * * Displays all of the section and everything up till
* * @package pandrah */ ?> MATCHROOM BOXING, OPI SINCE 82 AND DAZN JOIN FORCES TO BRING WORLD-CLASS BOXING BACK TO ITALY – The Pugilist 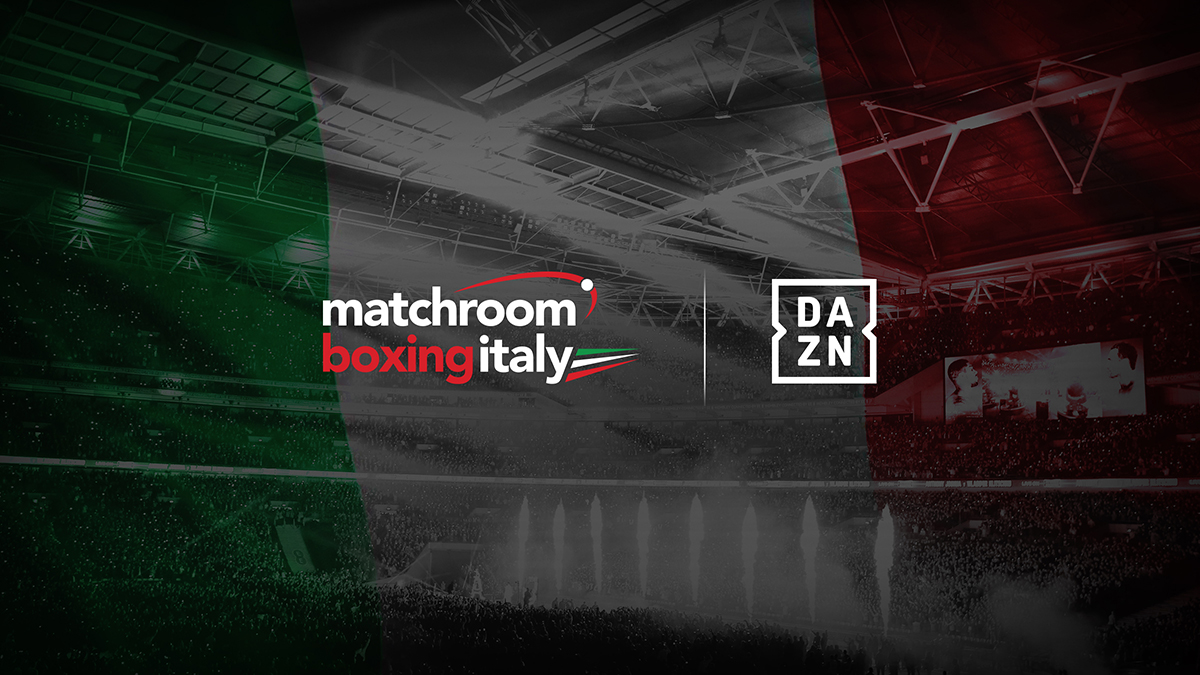 Matchroom Boxing Italy has been created in a historic, eight-year joint venture to stage eight marque events throughout Italy per year. The stacked fight nights will be broadcast exclusively on DAZN, the revolutionary sports streaming platform currently making waves in the sport.

The first event of the brand new venture will be staged at the Teatro Obi Hall in Florence on November 30 featuring a series of Italy vs. England matchups. The main event on an action-packed evening of boxing sees Florence’s own Fabio ‘Stone Crusher’ Turchi defend his WBC International Silver Cruiserweight title against Britain’s former Commonwealth Champion Tony ‘Conqueror’ Conquest.

Matchroom Boxing Managing Director Eddie Hearn, said: “This is another landmark moment for Matchroom Boxing as we continue our global expansion with over 50 shows a Year Worldwide. Italy has lots of potential and we have the ability with DAZN and OPI to make a huge difference to the sport and inspire a new generation of fighters. November 30 is a great start to our schedule in Florence with three big title fights on a stacked card ready to entertain DAZN Italy subscribers – here’s to the future..Saluti!”

Christian Cherchi of OPI Since 82, said: “This is a huge opportunity and an historic moment for the Cherchi’s family, OPI Since 82 and the sport of boxing in Italy. We have been looking for partners to rebuild Italian boxing for a while and in Matchroom Boxing and DAZN we found the perfect ones and the best in the sport. DAZN have shown their passion and commitment to the sport of boxing worldwide for which we are very grateful and we are looking forward to long and successful collaboration. The first show on November 30 in Florence will be an early Christmas present for the Italian boxing fans with 3 evenly contended titles between Italian and English boxers.”

Veronica Diquattro, Executive Vice President Italy, DAZN, said: “We are delighted with this bold new partnership that will bring great boxing back to Italy. The sport has given fans incredible emotions and historic moments over the years and will now return to screens, live and on demand. The partnership brings significant investment to rebuild boxing in our country, and at the same time enriches DAZN’s multi-sport offering for fans who can watch the best sport whenever and wherever they want.”

This partnership builds on DAZN’s impressive boxing credentials, which saw the launch of Matchroom Boxing USA. The $1 billion joint venture between Matchroom Boxing and DAZN, announced in May, includes 16 fights a year in the U.S. featuring some of the sport’s biggest stars at the best venues across America.