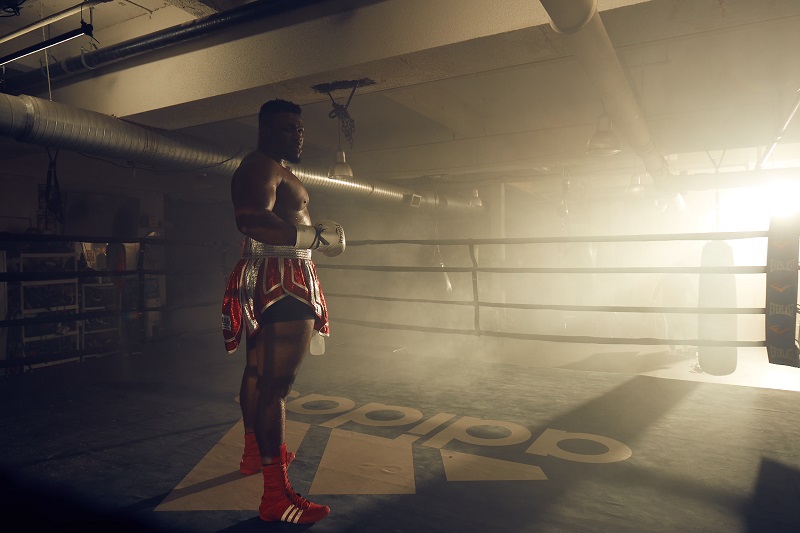 Jarrell Miller is targeting a huge showdown against a British Heavyweight in 2019 as he prepares to face Bogdan Dinu at the Kansas Star Arena in Mulvane, Kansas on November 17, live on DAZN.

Miller meets Dinu in a crunch clash for the division, with the big punching duo putting their unbeaten records and lofty ranking spots on the line with the Heavyweight scene set to explode in the coming months.

Deontay Wilder defends his WBC title against Tyson Fury on December 1 while division ruler Anthony Joshua returns to Wembley Stadium in London on April 13 to put his IBF, WBA and WBO straps on the line.

Dillian Whyte faces Dereck Chisora on December 22 in a rematch in London, with Whyte aiming to seal another rematch, this time with old foe Joshua, but Miller would love to get his hands on the ‘Body Snatcher’ as he hunts down a big scalp to announce himself at the very top level.

“I have to beat a Brit – if I do that, a lot will change. When you are high risk, low reward, people will make excuses not to fight you and the fans will buy into it.

“I am not afraid of Dillian – I’m afraid of no man. If AJ is not ready to face me with a title, then I’ll go and whoop Dillian’s butt. It’ll help my profile in Britain.

“He’s a clown, nobody is afraid of him. He’s got a win over Lucas Browne and that’s it. For him to call people punks, he’s deluded, I’ve fought three World title contenders back to back. He turned down Mariusz Wach twice and he didn’t really want to fight Duhaupas, he’s naive.

“I rate him as a fighter, he throws punches and wins – he’s a top guy now because since he got his block knocked off by AJ they’ve built him the right way. When he gets in the ring with me, watch how he changes, watch how the whole ‘I’m the Body Snatcher, I walk guys down’ stops.

“He couldn’t walk down a 230lbs Joseph Parker, so you’re going to walk me down, 300+lbs behemoth that throws 80 punches a round? I haven’t even thrown my right hand in my last few fights for a reason, so when I really start clocking these guys, then people will see.

“The big fights take some maneuvering and finessing, so building my profile, winning the regular title and getting into a mandatory spot is going to help me in that situation. I think I will definitely be in a spot to have an AJ or Deontay Wilder fight later in the year, so I need to get this win in Kansas and stay busy, focused, injury free and ready.

“Bogdan is aggressive but that’s against guys that want to survive. He’s never fought someone like me, who is going to be the aggressor in the fight. He’s light and he’s not a heavy puncher, and I’m going to be coming forward, throwing bombs and mixing it up, it’s going to be completely new to him. He’s going to try to move against me, everybody does, but then they all end up running for their lives – and they can only run for so long.”

Miller’s clash with Dinu is part of a huge night of action in Kansas in association with KO Night Boxing with a host of stars and local talents in action.