/** * The header for our theme. * * Displays all of the section and everything up till
* * @package pandrah */ ?> EDWARDS CHALLENGES ROSALES FOR WBC FLYWEIGHT CROWN – The Pugilist 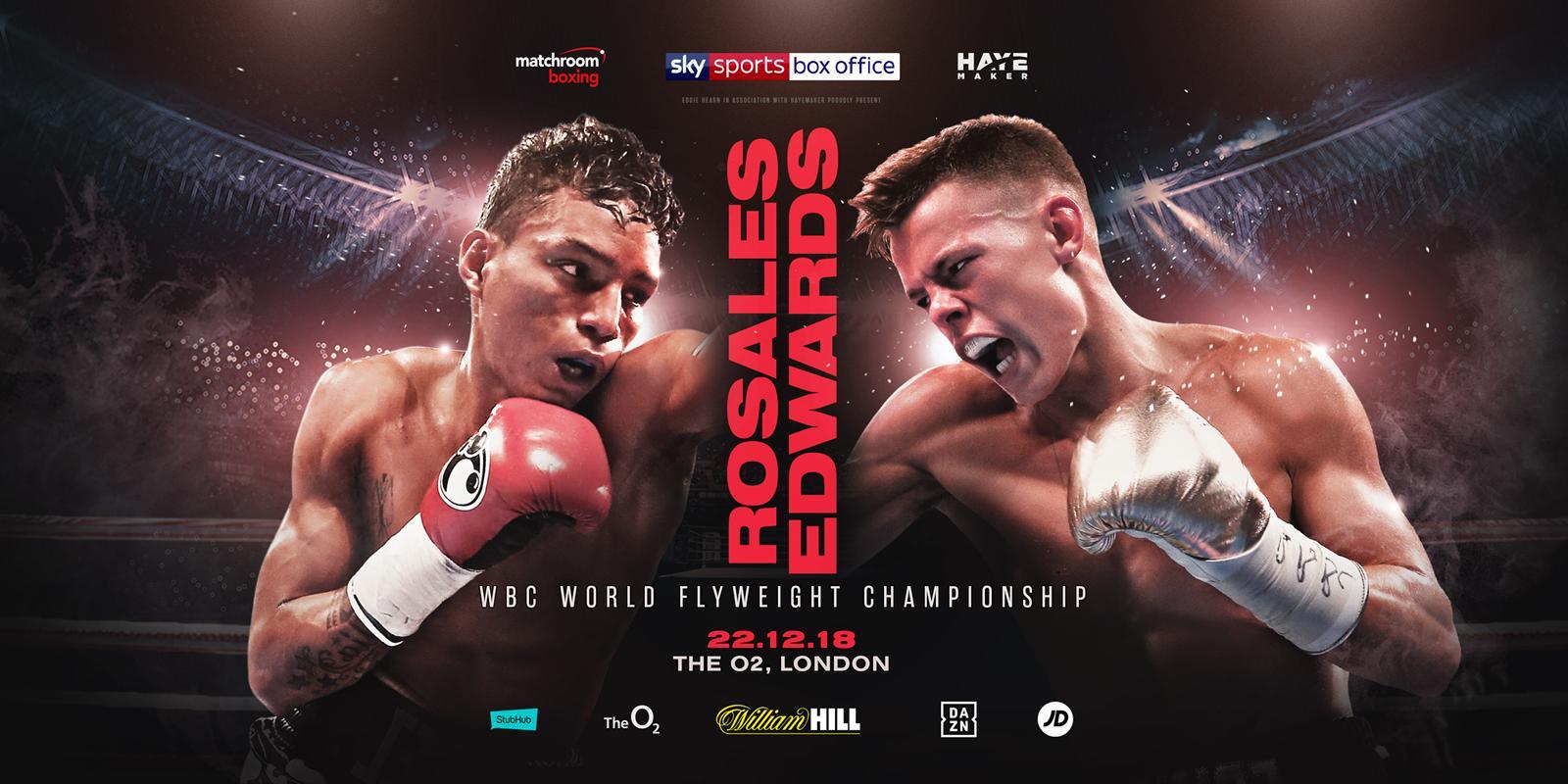 Charlie Edwards will challenge Cristofer Rosales for the WBC World Flyweight Championship on the undercard of Dillian Whyte vs. Derek Chisora 2 at The O2 in London on December 22, live on Sky Sports Box Office in the UK and DAZN in the US.

Edwards has already challenged for a World title when he met John Riel Casimero for the IBF Flyweight crown, gamely taking the talented Filipino ten rounds in London in September 2016. The 25-year-old has racked up five straight wins since his first professional defeat and is ready to seize his second shot at World title glory.

Powerful Nicaraguan Roasales stopped Daigo Higa to claim the vacant WBC World title in Japan before destroying hometown hero Paddy Barnes in four rounds at Windsor Park in August, and now the 24-year-old plans on silencing The O2 by delivering another devastating performance on December 22.

“I’m delighted to get a shot at the WBC World Flyweight title and I won’t be wasting this opportunity,” said Edwards. “I’ve come on a lot since the Casimero defeat and I’ll show that on December 22 by taking the WBC Flyweight World title home with me.

“I’ve mixed it with a two-weight, legit World champion and it’s done me the World of good. I’ve come on in leaps and bounds since then and I can’t wait to step up to that level again.

“Rosales is a tough man but he’s beatable and we’re already working on a game-plan. I’m heading into this fight with the experience of already challenging for a World title and that will benefit me greatly.

“My first shot at a World title was a huge gamble but this time I’m ready and I’ll be bringing that belt home with me. I’m in this sport to take on the best and December 22 will be my first World title win of many.”

“This is a great fight and huge opportunity for Charlie to win the WBC title,” said Eddie Hearn. “We saw Rosales’ devastating KO over Paddy Barnes this summer and he has become an impressive Champion. Charlie will have the London crowd behind him as he looks to make history on a huge night of boxing.”