/** * The header for our theme. * * Displays all of the section and everything up till
* * @package pandrah */ ?> Karaxha vs. Moraiti WBF International Title Fight In Belgium – The Pugilist 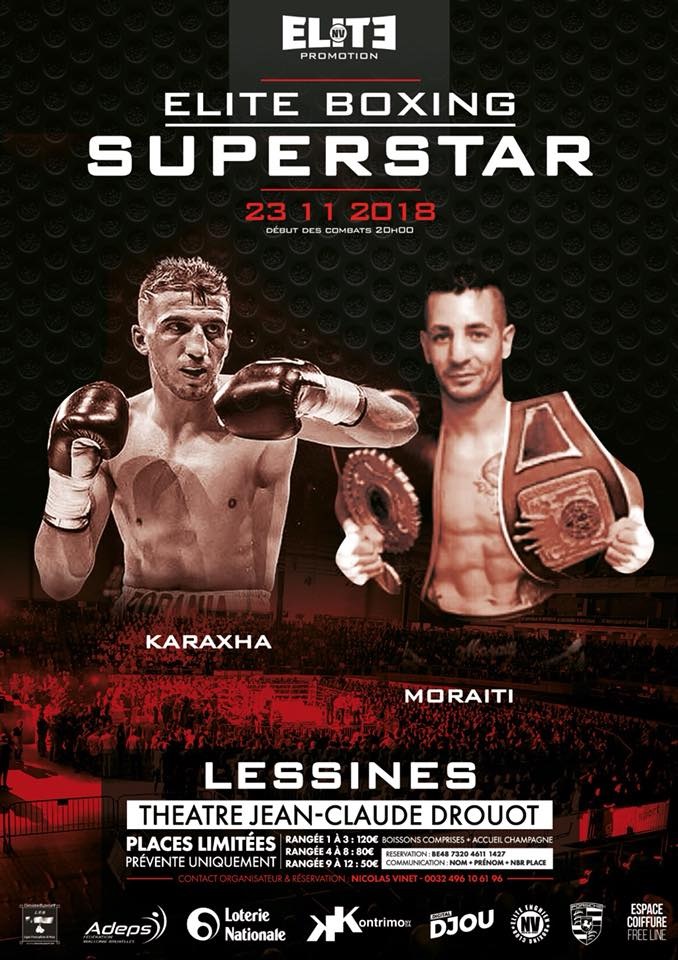 Headlining a show promoted by Nicolas Vinet and his Elite Promotions, the pair will contest the vacant title after former champion Zino Meuli from Switzerland decided to put his focus on fighting for the WBF World Championship.

Karaxha (26), born in Albania but fighting out of Belgium his entire career, is a former Belgian national Welterweight Champion, and has kept unusually busy in the ring by today’s standards since turning professional in 2013.

The fight against Moraiti will be his sixth in 2018, and in his most recent outing, on October 5, he fought to a draw against Steve Jamoye (24-5-1) for the BeNeLux title. Against Moraiti he is planning to convincingly be victorious and bring home the WBF belt.

Having held various championships throughout his paid campaign, Jean Moraiti (26), from Aubagne in southern France, is hoping to make history by becoming the first three-time, three-division WBF International Champion.

In 2015 he won the Light Welterweight title in his home-town, and the following year he added the Lightweight crown to his resume in Germany. If successful on November 23, it will be quite an accomplishment.