/** * The header for our theme. * * Displays all of the section and everything up till
* * @package pandrah */ ?> Kinigamazi Set For Third WBF World Title-Defense Against McCorry – The Pugilist 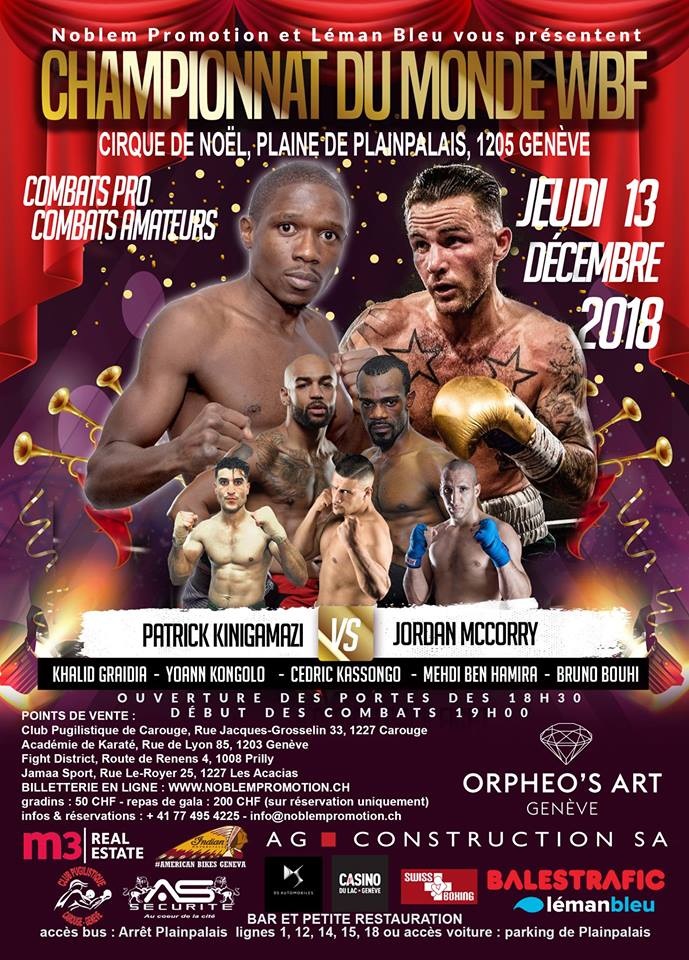 Appropriately, considering the time of the year, the fight will headline a show staged at the Cirque de Noel (Christmas Circus) in Geneva, Switzerland, only a few kilometres from the Rwanda-born World Champions adopted home-town Thonex.

In McCorry (27), managed and promoted by respected Scottish boxing-man Sam Kynoch, he will be in with another tough foe, and a confident opponent coming off six straight victories, including a decision over former WBF All Africa Champion, and world title-challenger, Abraham Ndauendapo (16-4) of Namibia.

Promoted by Tundra Promotions in association with Noblem Promotion, the fight will be preceded by a strong undercard featuring local talent. Christmas has come early for Swiss boxing fans, and a large crowd is expected on the night.