/** * The header for our theme. * * Displays all of the section and everything up till
* * @package pandrah */ ?> WBO Kids Drug Free program visits the Sor Isolina Ferré Center in Ponce – The Pugilist 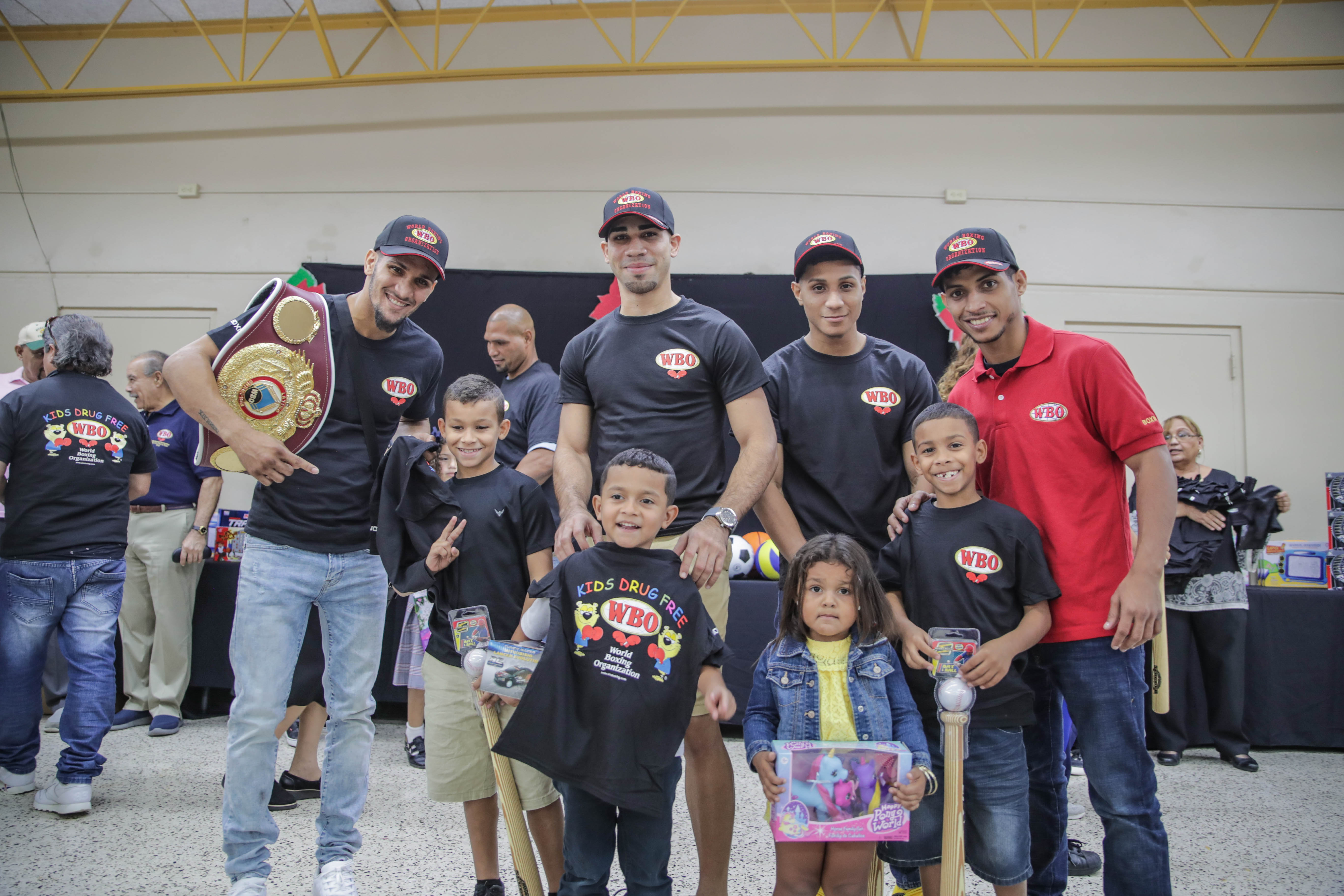 An emotional Sister Mildred Vázquez, Spiritual Director of the centers of Puerto Rico, said: “The WBO and Paco Valcárcel have been committed to us for around 20 years.

There are many gifts that will be distributed to the other centers that we have in Puerto Rico. Since day one, which was a long time ago, I remember that Paco told us that the WBO was never going to forget us. His deed is very important for all of us. We will never forget the great help you gave us then Hurricane María hit us hard; we are very grateful”.

“Sister Sor Isolina always knew how to multiply the fish and bread. She was sent from God. They can count on us every year, the commitment will continue, and we love them very much”.

The world champion Ángel “Tito” Acosta said: “Many children left happy with their gifts and bicycles. I always tell the youth that they have to get away from the streets to concentrate on their studies”.

WBO Kids Drug Free is an international program aimed at children and young people in order to carry a message of prevention to the use of drugs and to motivate them to continue studying, using sports as a tool to stay on good steps, as well supporting causes aimed at those in need in order to contribute to a better quality of life.

About the Sor Isolina Ferré Center:

CSIF has contributed to the well-being, security and socioeconomic development of Puerto Rico since its foundation 49 years ago at the Ponce Beach by Sister Isolina Ferré, MSBT. Its corrective programs and prevention, human development and community development provide solutions to address problems such as school dropout, violence, and unemployment and the economic crisis. The different programs and services are offered in 24 towns of the Island, including regions of Ponce, Guayama, San Juan, and Canóvanas, among others.