/** * The header for our theme. * * Displays all of the section and everything up till
* * @package pandrah */ ?> BILLY JOE SAUNDERS & KEVIN MITCHELL SPECIAL GUESTS AT TKO BARKING A.B.C. LAUNCH – The Pugilist 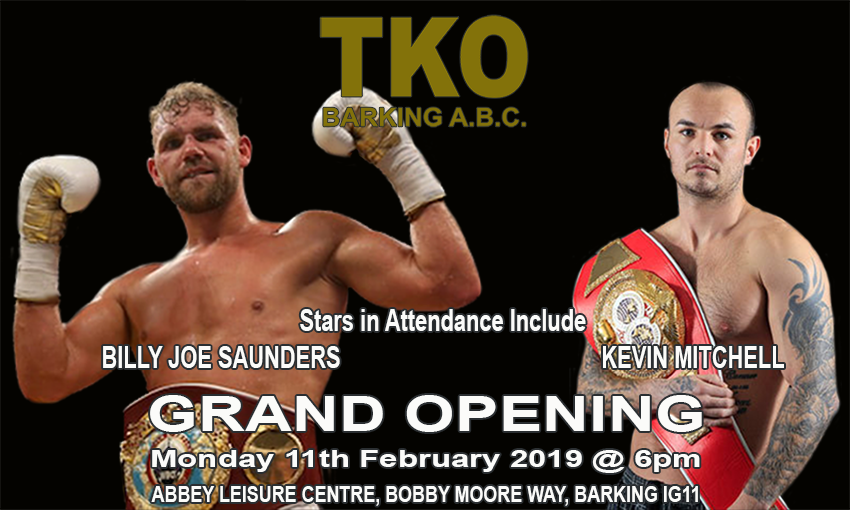 Former WBO World Champion Billy Joe Saunders and former IBF and WBO Intercontinental and WBC Silver Champion Kevin Mitchell will be amongst the local boxing stars turning out for the launch of the new TKO Barking A.B.C.

Saunders and Mitchell have a long time relationship with TKO head honcho Johnny Eames, both having previously trained for much of their pro careers at the old TKO Gym in Canning Town, until it closed in 2012.
In addition to Saunders and Mitchell, other big name local stars, who all supported Johnny and the TKO Gyms efforts to move to new premises in Barking, following Barking Council’s decision to redevelop the Abbey Sports Centre, where the club was previously based until late last year, are also expected to attend the launch of TKO Barking A.B.C.

The official launch of TKO Barking A.B.C. will take place at the Abbey Leisure Centre, Bobby Moore Way, Barking IG11 at 6pm on Monday 11th February 2019 and all boxers, media and boxing fans are welcome to attend.