/** * The header for our theme. * * Displays all of the section and everything up till
* * @package pandrah */ ?> Karaxha Still WBF Champion, Phillips Crowned – The Pugilist 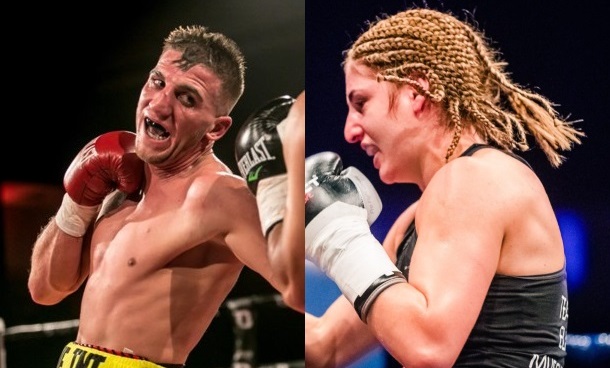 Most of the ten rounds were dominated by Karaxha, who forced the tough Habimana on the back-foot and made it difficult for the challenger to gain momentum. In the seventh round it even looked as if the champion might have Habimana hurt, but “The African Warrior” still came back and tried to retaliate.

Judges Hugues Hellebaut, Christophe Hembert and Philippe Wouters all scored the fight widely in favour of Karaxha: 99-91, 98-92 and 99-91.

Karaxha (27), who won the title last November with a first-round demolition of Frenchman Jean Moraiti, takes his professional record to 23-5-2 (8). Habimana (35), a much better fighter than his misleading statistics suggests, drops to 9-16-3 (4).

In a competitive fight, Phillips was the faster and more agile of the two, and had success with combinations from the start. But Vujovic fought back hard, and even hurt Phillips in round seven with a big right hand and drove her to the ropes, but couldn’t capitalize.

The visitor finished the fight strongly, but it was too late and in the end there was no doubt about the outcome as judges Christophe Hembert, Hugues Hellebaut and Jean Pierre Van Imschoot scored it 98-92, 98-91 and 100-89 for Phillips. Vujuvic has one point deducted in round nine for holding.

The new WBF Intercontinental Champion improved to 10-5-3 (4), while Vujovic, who lost a short-notice shot at the same title in 2017 to another Belgian, current WBF World Champion Oshin Derieuw, falls to a deceiving 4-9-2 (2).