/** * The header for our theme. * * Displays all of the section and everything up till
* * @package pandrah */ ?> WBO Belted Yomar Álamo in Puerto Rico – The Pugilist 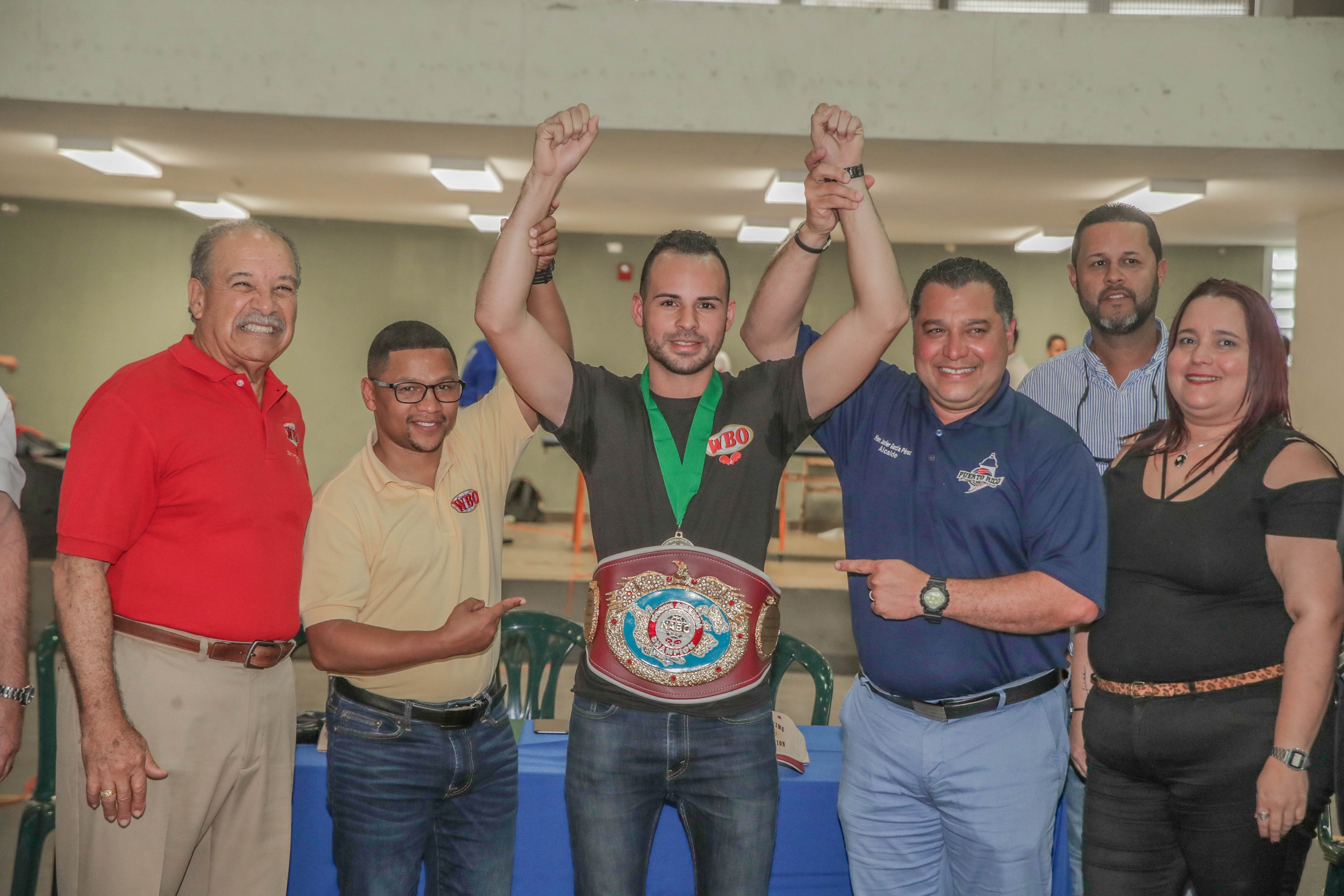 In an emotional activity held at the Aguas Buenas Urban High School, the World Boxing Organization (WBO), together with its president, Francisco “Paco” Valcárcel, Esq., delivered the WBO North America (NABO) Jr. Welterweight title to boxer Yomar “The Magic” Álamo which he won last Friday in Florida, after defeating Mexican Manuel Méndez by unanimous decision in an event promoted by All Star Boxing.

“When Yomar fought the previously, we were not pleased, Yomar’s people made the decision for him to train with Iván Calderón so that he learned some techniques that Iván had already used very well. Iván is the architect of this and I recognize his work as a coach who charge of polishing this diamond. As a fighter, Iván made 18 world title defenses in the 105 and 108 pounds of the WBO and will be a safe bet for the Hall of Fame”, Varcárcel said.

An excited Álamo said: “I am very happy with this tribute. This fight was for my people of Aguas Buenas and Puerto Rico, who so need moments of happiness. Everything can be done in life, just set some goals and fight for them, no matter how strong the winds are. If you are at the hands of Jesus Christ, our savior, nothing will be missing and I know that many young people will achieve it”.

Álamo’s trainer Iván Calderón said: “I want to thank Ángel Cotto, who was the one who physically prepared Yomar Álamo for the fight and without that work, you can’t do what you did. Thanks to Efraín Román and Armando for giving me the confidence to join the team. The discipline that Yomar had to represent Aguas Buenas with a lot of pride, knowing that his people are behind him, motivated him a lot”.

“From the Cagüitas neighborhood, we have a young man who, since he was a child, trained in the municipal gym of Aguas Buenas with Efraín Román and his father Armando Álamo. His dedication is remarkable throughout the town. Always running at 4:00 in the morning and that fills us with pride. His title is well deserved and thanks to the WBO for this great activity”, said the Aguas Buenas mayor Javier García Pérez, who was joined by the representative Jorge Navarro, on behalf of the House of Representatives of Puerto Rico.