/** * The header for our theme. * * Displays all of the section and everything up till
* * @package pandrah */ ?> Ema Kozin Gets Second Try At History-Making﻿ – The Pugilist 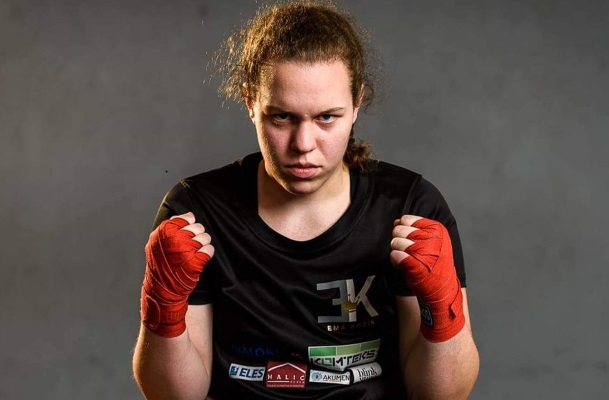 20-year-old Kozin, 15-0-1 (8), who became the youngest WBF World Champion in history when she won the Middleweight crown at still only eighteen in October of 2017, will face Sana Turunen, 5-2 (1), from Finland for the vacant World Super Middleweight title.

In September of last year Kozin drew with tough Mexican Irais Hernandez for that title, but it was not on the line when she won the WIBA crown on points in the rematch only a month later. Now she has a chance to make further history by becoming the youngest two-weight WBF World Champion ever.

But Turunen will not be an easy task, despite her inferior record. She has proved that she can compete at world level, as her two losses came on points in championship fights to Hannah Rankin in England and Tori Nelson in America.

The Kozin vs. Turunen WBF World Super Middleweight title fight will be one of two championship bouts topping a bill promoted by Dimitrios Kassapidis at the 7000 capacity MHP Arena.