/** * The header for our theme. * * Displays all of the section and everything up till
* * @package pandrah */ ?> DECASTRO-JACOBS TITLE CLASH SET FOR JUNE 22 – The Pugilist 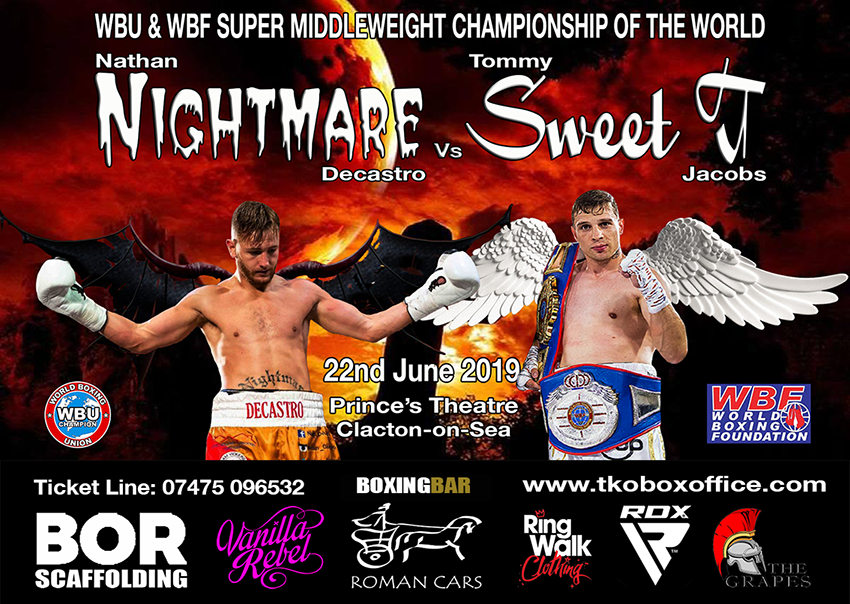 Back in April Decastro secured the World Boxing Union (WBU) Super Middleweight World Crown in his home City of Lincoln, following the fourth round retirement of his opponent, Ghanaian Daniel Adjei Sowah.

Sat ringside throughout the intense, albeit short lived, battle was reigning World Boxing Foundation (WBF) Super Welterweight International and European Champion Tommy Jacobs, who  for the past year or so had been embroiled in a war of words on Social Media with the new Champ.

Following the fight it was clear that Jacobs being ringside and assisting his opponent was irritating the new Champion, as Decastro abandoned the on-camera post fight interview after answering just one question, choosing instead to switch tact altogether and voice his annoyance at Jacobs’ constantly calling him out on social media and that he had decided that he will make a voluntary defence of his WBU Crown against Jacobs as soon as the fight can be arranged.

Following further bitter public disagreements between the two protagonists eventually the venue and date were confirmed, as was the addition of the World Boxing Foundation (WBF) World Championship.

In addition to the three Championship contests, there are also a number of International matches, the first featuring Orkney’s reigning WBL and EBL European Welterweight Champion Paul Peers in an eight round non-championship bout against Tanzania’s Amos Mwamakula.