/** * The header for our theme. * * Displays all of the section and everything up till
* * @package pandrah */ ?> Ngema WBF International Champ, Beats Babui In Botswana – The Pugilist 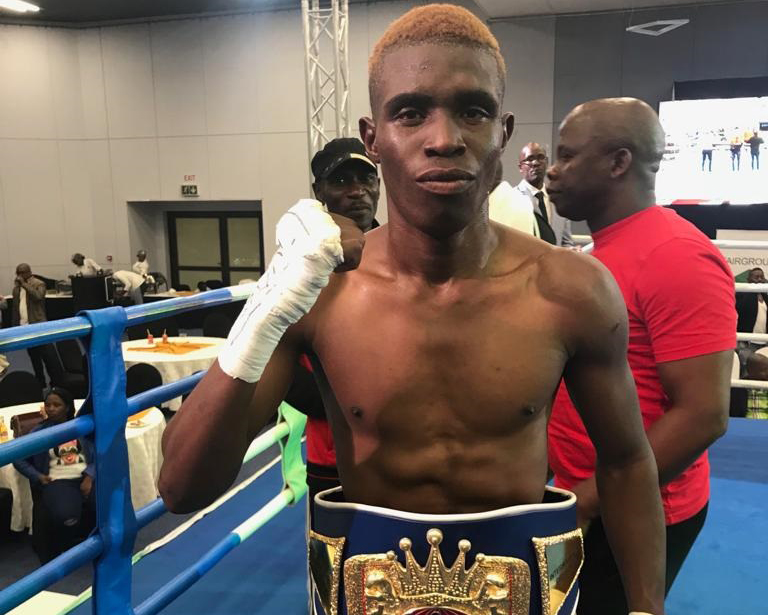 The local man, nicknamed “Gear Box”, was brave and willing from the start, and kept the fight close throughout, but Ngema was simply too big for him and effectively used his superior reach to keep Babui at bay in large parts, landing from the outside while Baboui tried to close the distance.

After ten entertaining and quality rounds of championship boxing, judges Lesogo Jenamiso and Petros Mpete both scored the fight 96-93, while judge Edwin Nkegedi had it 95-94, all for Tholumusa Ngema. Referee in charge of the action was Edward Marshall.

The new WBF International Super Bantamweight Champion, fighting out of the KwaZulu-Natal province, improved his professional record to 6-1-2 (2). Babui falls to 6-3-2 (3), and will most likely move down in weight and could challenge for the WBF Africa Super Flyweight title before the end of the year.

The fight was the main event of a show was promoted by Thuso Khubamang and his Scud Missile Promotions.