/** * The header for our theme. * * Displays all of the section and everything up till
* * @package pandrah */ ?> WBO Honors Collazo and Rivera For Medals in Lima – The Pugilist 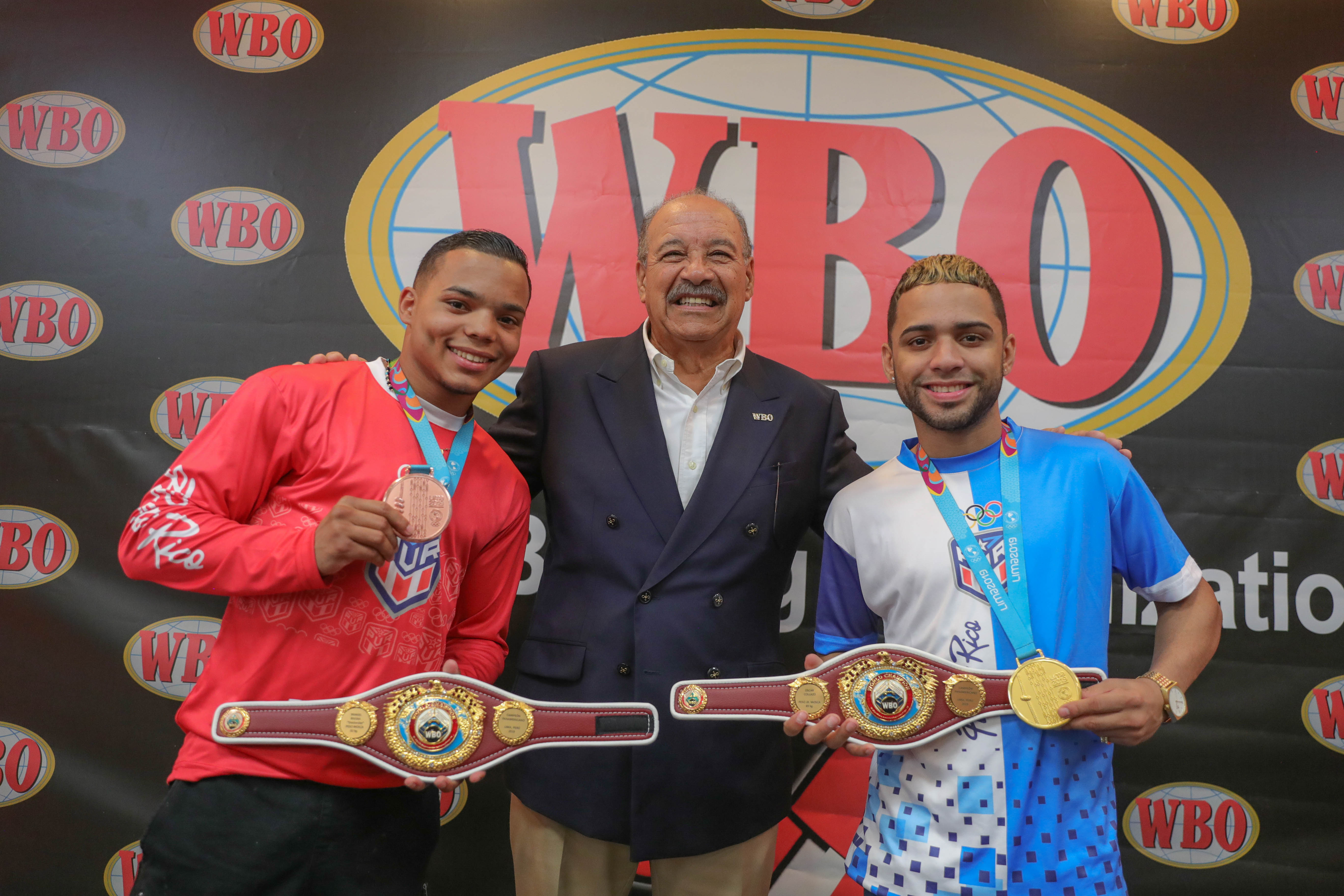 Collazo won a gold medal in the 49 kilograms category, while Rivera won a bronze medal in 52 kg. During the event, the WBO gave to both medalists new boxing equipment, an elegant WBO commemorative belt, and cash donations.

“This is an important moment for us to listen to these two heroes. Two boxers went to Lima and both returned with medals. We want to help them in some way, since they had some expenses to be in these competitions. We know about their sacrifice of their families, coaches and everybody, so they can be here. It is necessary, not only words and recognition, but to help them in some way and we deliver our contribution. The day they decide to make their jump to professionals, I understand that they have very good opportunities to compete for world titles and it depends on them to achieve it”, said WBO President Valcárcel.

Bronze medalist Rivera said: “Thanks to Paco for all this. As he says, the difficult part is training and what one goes through, because at the moment, what most people see is when we get in the ring. It’s only nine minutes of combat and well, it’s hard to leave the family, train, dieting, and that is the difficulty of this sport. Thanks to all who have been following my career, to my father, my mother, and my coaches. Stay tuned because there is ‘Doctorcito’ for a long time and I still have more goals to fulfill”.

Gold medalist Collazo: “For me, it means a lot that the press and fans have taken from their time to be here with us. Thanks to Paco for the donation. I know that the WBO is always checking in and always supporting us. I thank my family, who have always supported me, my coaches Joe Santiago, Carlos Espada, and Freddy. Thanks to them, I’m here. They always give the push that one needs and those words that one needs to hear. Always very grateful to all of Puerto Rico for their support. This has been a dream that, thanks to God, was achieved”.

The president of the Puerto Rico Amateur Boxing Federation, José Laureano, echoed the expressions of the medalists. “Thanks to the WBO for always supporting sports in general, not just boxing, and that is what we need, for people who have hope in the sport. Collazo and Rivera have been sacrificing with their families for years. Their parents make sacrifices for them. Boxing is one family and thanks to the WBO for supporting youth”.

“To all those trained in the neighborhoods, you are the fundamental key to the development of the athlete and the human being in them”, Laureano added.

Photos and Video by Victor Planas