/** * The header for our theme. * * Displays all of the section and everything up till
* * @package pandrah */ ?> UK Referee Lee Murtagh Gains West Virginia USA License – The Pugilist 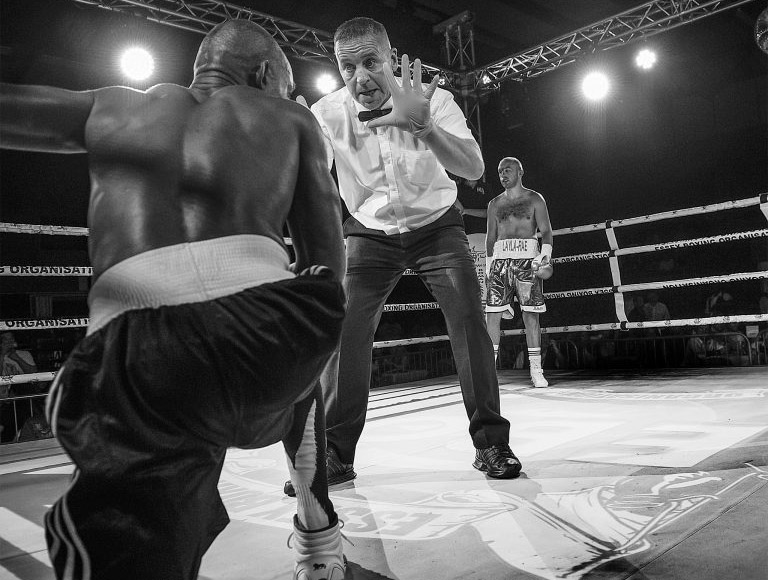 Murtagh, whose eighteen year boxing career culminated in a trip to Rochester, USA to fight Hector Camacho Jr. in August 2013.

Following his retirement from active competition Murtagh gained his Malta Boxing Commission (MBC) Professional Boxing Referee license and was, and still is, a regular visitor the Islands to officiate on events.

In April 2018 Murtagh was appointed by the World Boxing Union (WBU) to Referee three World Championship Contests in Lagos, Nigeria. Shortly after the event Murtagh successfully received his credentials as a Nigeria Boxing Board of Control (NBBofC) Referee.

In June 2018 Murtagh was appointed Head of Ring Officials by the British & Irish Boxing Authority and in 2019 received the accolade of being appointed Chairman of the Association of Professional Boxing Commissions (APBC) Ring Officials Committee.

Almost immediately following his appointment as APBC Ring Officials Chairman, Murtagh got straight to work and developed the APBC Referee and Judges Training Courses. Not content to just mirror the current training courses available, Murtagh created a much more in-depth format, that includes simulated contests and ring movement training and much more.

“As a boxer my ambition was to be Irish Champion and my DREAM was to box in USA and I succeeded with both.

“As a referee my ambition is to do the best I can for BIBA and APBC and my dream is to referee in USA.

“So throughout my career I have always had the same goals, albeit very different roles in boxing.”

Murtagh will be in action later this month, when he officiates two Professional Boxing Council (PBC) Commonwealth & International Championship contests at the Hoops Basketball Centre in Barrow in Furness on Saturday 24th August, the first sees Lee Mcallister versus Justice Addy in the Middleweight division and the other being Lee Kellett versus Isaac Paakwasi Ankrah, which is Heavyweight plus full undercard.