/** * The header for our theme. * * Displays all of the section and everything up till
* * @package pandrah */ ?> WBF Champion Antonio Mayala Headlines “Battle Of The Young Guns” – The Pugilist 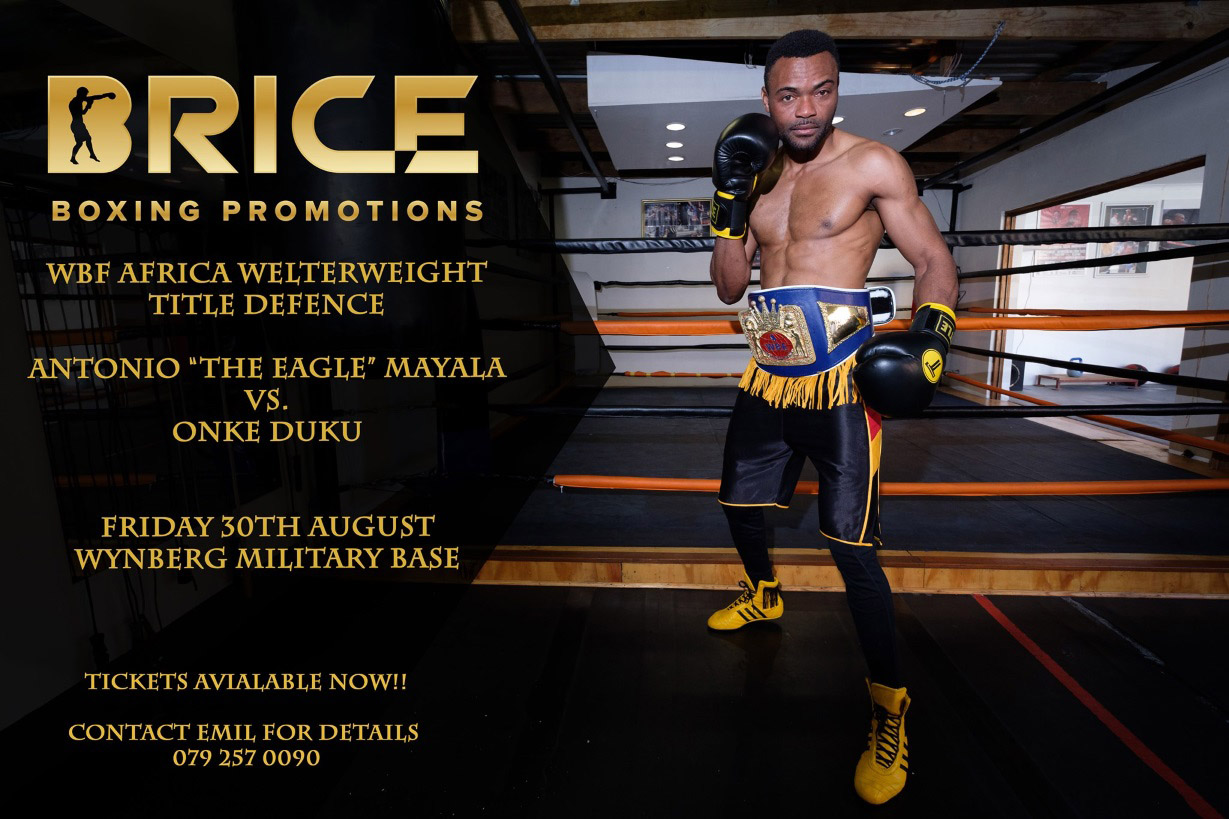 On Friday August 30 at the Wynberg Military Base in Cape Town, South Africa, Angola-born but locally based World Boxing Federation (WBF) All Africa Welterweight Champion Antonio Mayala returns to defend his title.

Nicknamed “The Eagle”, Mayala won the WBF title in June of 2017 when he upset Jarred “Mr. Hollywood” Silverman (9-3), stopping the favourite in nine rounds.

In June of 2018 he retained the title with a draw against undefeated Benoit Makangila Vela (12-0-1) from D.R. Congo.

Since then he has stayed busy with two non-title fight victories, and he will be looking to extend his unbeaten run since 2016 to eight on the spin.