/** * The header for our theme. * * Displays all of the section and everything up till
* * @package pandrah */ ?> Tenge Settles Ngubane Rivalry Once And For All – The Pugilist 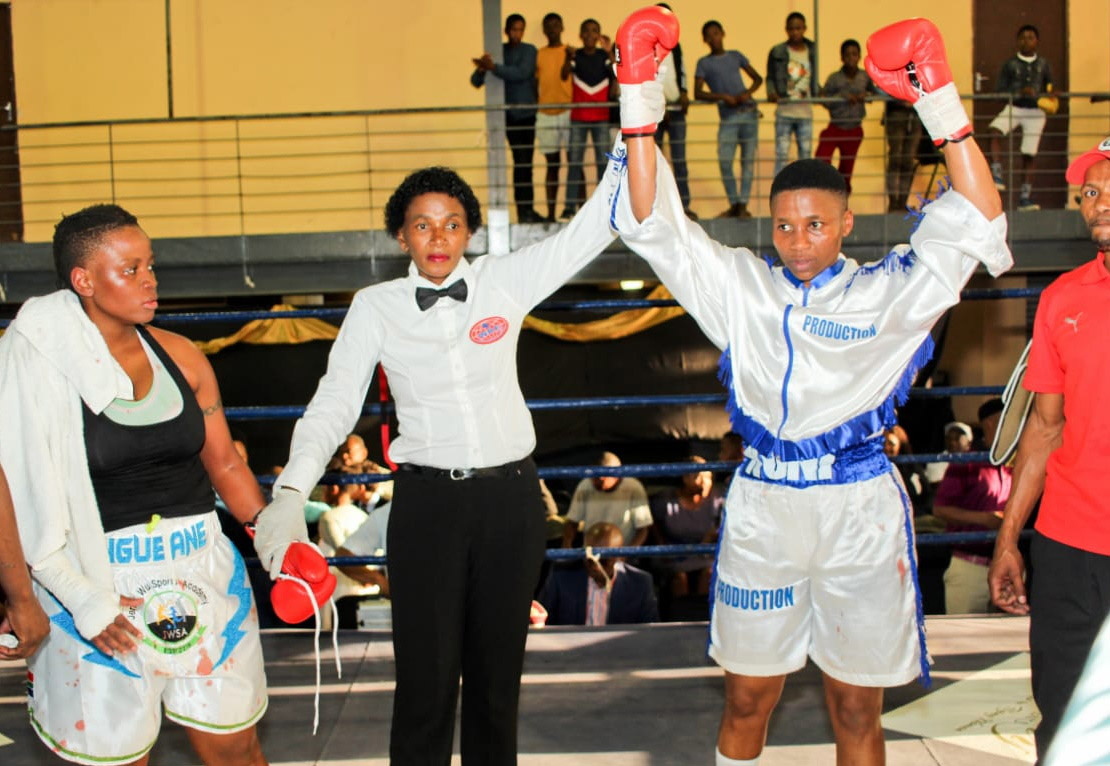 After two previous fights where Ngubane held her own in entertaining scraps before losing decisions, Tenge proved to be on another level in the third encounter, as she dominated the fight and eventually forced Ngubane to retire on her stool after round five.

This was the third successful defense of the WBF World title for Tenge, who, as one of the most accomplished South African female boxers, is also a former WBA World titlist at Super Welterweight, and WBF and IBF World Champion at Welterweight.

A pro since 2007, Noni “She Bee Stinging” Tenge improved her impressive record to 20-1-1 (11), while former South African national Middleweight title-holder Mapule Ngubane drops to a misleading 8-8-3 (1).

The fight was promoted by Zbashy Promotions & Events, headed by Sibongile Matiti.