/** * The header for our theme. * * Displays all of the section and everything up till
* * @package pandrah */ ?> Khan to Defend World Crown Against Rios in Bradford this Saturday 7th Sept. – The Pugilist 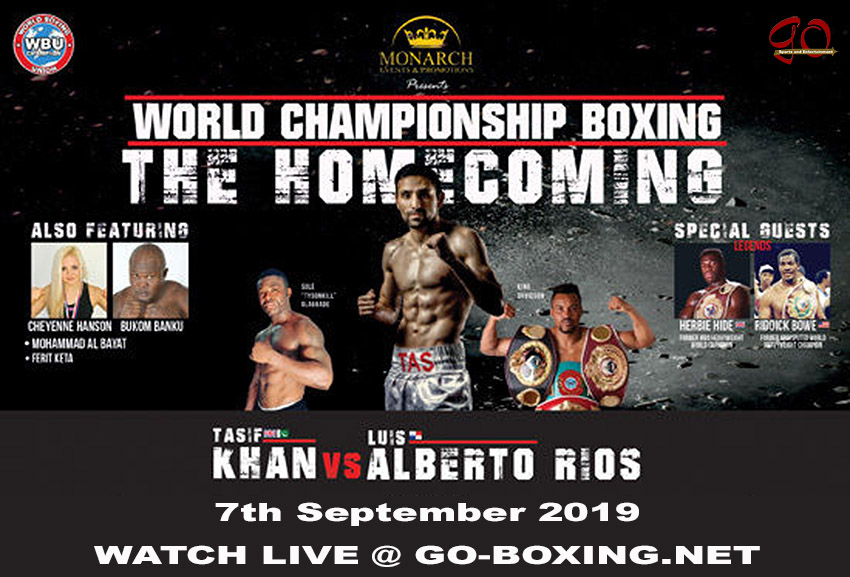 Bradford’s four time, two division World Champion Tasif Khan returns to his home town this coming Saturday, where he is set to face Panama’s Luis Alberto Rios at St Georges Hall on the 7th September in his first defence of the World Boxing Union (WBU) World Super Flyweight Crown he secured in Lagos, Nigeria via a third round knockout over Ghana’s Asamoah Wilson last December.

Khan (17-1-2), who is promoted by Prince Stanley Williams’ Pennsylvania and London based Monarch Events and Promotions, has stopped ten of his opponents, more importantly his last seven opponents which includes everyone he has fought for World Championship honours.

Rios (25-5-1) is tough and a big puncher with an impressive KO count, in his case seventeen.

In 2012 he won the WBC Latino Light Flyweight title against Arnoldo Solano and then successfully defended it against Luis Carilio.

Besides Khan-Rios World title fight, there are two further Championships fights this Saturday.

The event, which is sponsored by Pearls Tearoom and Patisserie, Knight Ryder, Insane Air and Quantuma, will be streamed live on www.go-boxing.net from 7:30pm on Saturday 7th September.