/** * The header for our theme. * * Displays all of the section and everything up till
* * @package pandrah */ ?> Ema Kozin Defends WBF World Title Against Maria Lindberg – The Pugilist 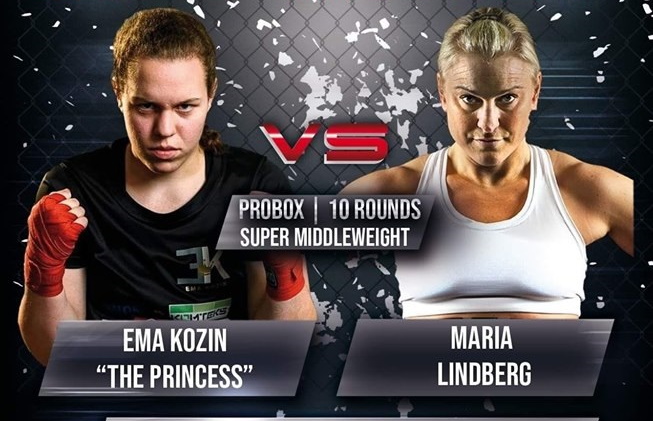 Also the current WBF World title-holder at Middleweight, she will face veteran former World Super Welterweight Champion Maria Lindberg, 18-5-2 (10), from Sweden, undoubtedly the most accomplished opponent of her career.

Kozin, a hard-punching and technically gifted southpaw, is undefeated at 17-0-1 (9) since turning professional at seventeen in September of 2016. Amazingly, eight of her eighteen bouts have been for some version of a world title.

Lindberg, still going strong at forty-two, captured multiple world championships at Super Welterweight between 2009 and 2018, and showed her grit when she lost a decision to WBC and WBA World Middleweight ruler Christina Hammer in 2017.

Coming off a victory in August, the Swede is determined to be successful one weight-class above, and is confident that she has too much experience at the top level for the significantly younger, and naturally fresher, champion to handle.