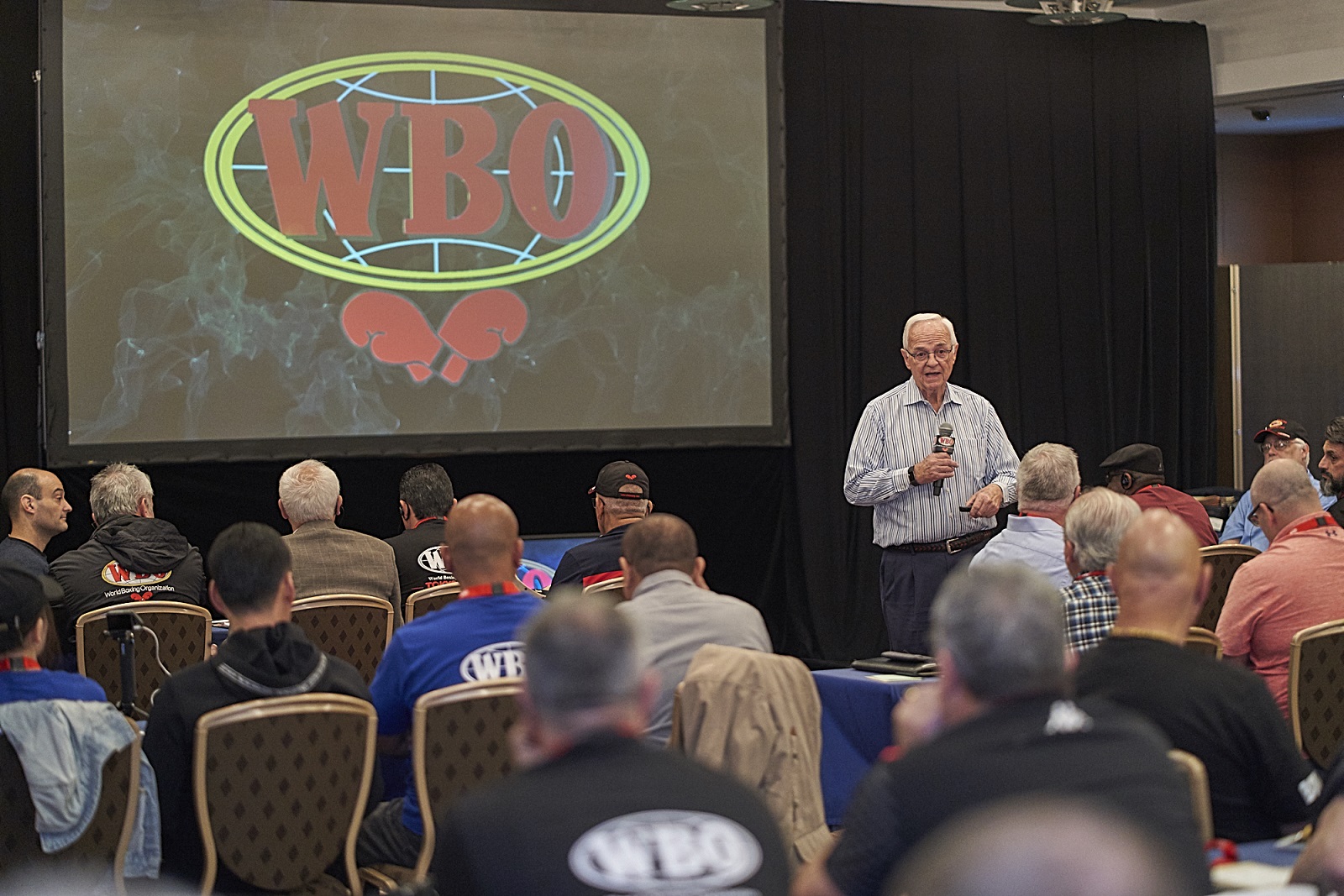 Tokyo, Japan – The second day of the 32nd annual WBO convention at the luxurious Tokyo Dome Hotel featured safety issues by the executive committee and the officials seminar with judge Duane Ford and referee Jack Reiss.

The executive committee started by announcing Brian Dunn, who is the Nebraska Athletic Commissioner Brian Dunn as their guest.

WBO First Vice President John Duggan talked about rehydration: “Can we come up with a fair rule that discourages that? What’s the best fairest way for the good of the sport to discourage the excessive rehydration?”

“I think the second day weigh-in impedes the fighter ability to rehydrate. We know weight cutting is a problem. We don’t know how to fix it. We are exploring how to correct it. The key is finding the ideal amount of weight that a fighter can cut safely.” Brian Dunn said.

In other topic, WBO President Francisco ‘Paco’ Valcárcel Mulero, stated that the next WBO convention should be in Puerto Rico after the island was severely hit by Hurricane Maria in the month of November 2017.

Another subject was the creation of a uniformed style for each regional belt.  “Paco came up with the idea of streamlining the titles, and I think the last design we had is very elegant and beautiful. The globe and the eagle are, aside from the color, the most recognized on the WBO belt.” WBO member José Sánchez Fournier said.