/** * The header for our theme. * * Displays all of the section and everything up till
* * @package pandrah */ ?> Demarco Upsets Hamzaoui For WBF Title In France – The Pugilist 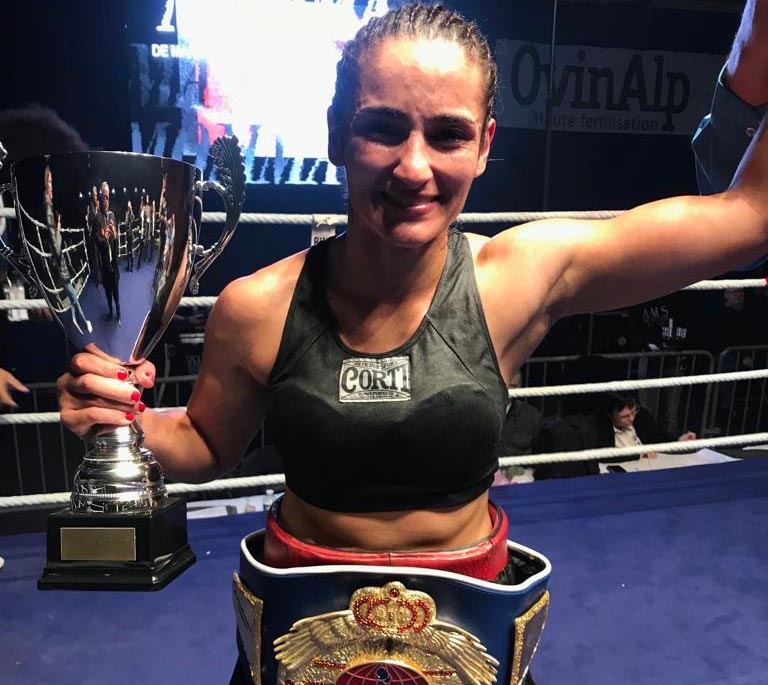 At the Hall des sports Pierre Gaspard, “La Rebelde” made the absolute most of what was her first big championship opportunity, as she was aggressive from the start and comprehensively beat the local southpaw favourite to the punch.

While not a big puncher, Demarco utilized an excellent strategy and put on a great performance, as she had Hamzaoui in trouble on several occasions. With a little more power she likely would have at least scored some knock-downs, if not recorded a stoppage.

After ten rounds there was no doubt that the visitor from Buenos Aires had done more than enough to win, and judges Mohamed Hireche, Benny Decroos and Vincent Dupas all scored it widely in her favour by 98-92, 99-92 and 97-93.