/** * The header for our theme. * * Displays all of the section and everything up till
* * @package pandrah */ ?> Kinigamazi Retains WBF World Title In Switzerland – The Pugilist 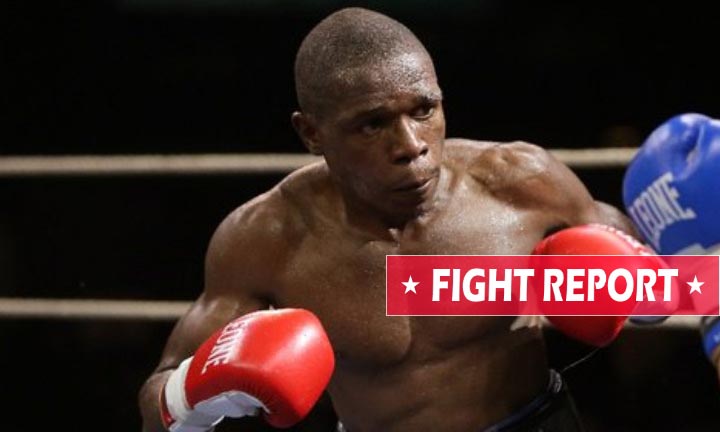 In a fight-of-the-year contender, Kinigamazi edged South African challenger Bongani Mahlangu by majority decision, after toe-to-toe action where both fighters gave their all and had periods where they appeared to be on top.

Mahlangu started the fight best, but the defending champion took over in the second half. Both appeared to be in trouble at various points of the fight, but both also showed incredible desire to work their ways back in the contest.

After twelve rounds of excellent entertainment, and many round that were difficult to score, judge Martin Basila had it all even at 114-114, while judges Beat Hausammann and Fabian Guggenheim saw it wider at 116-112 and 117-111 for Kinigamazi.

Kinigamazi took his professional record to 32-2 (4), while Mahlangu drops to 22-8 (10). The fight was promoted by Noblem Promotions.