/** * The header for our theme. * * Displays all of the section and everything up till
* * @package pandrah */ ?> Sarah Bormann Defeats Lotta Loikkanen, Still WBF World Champion – The Pugilist 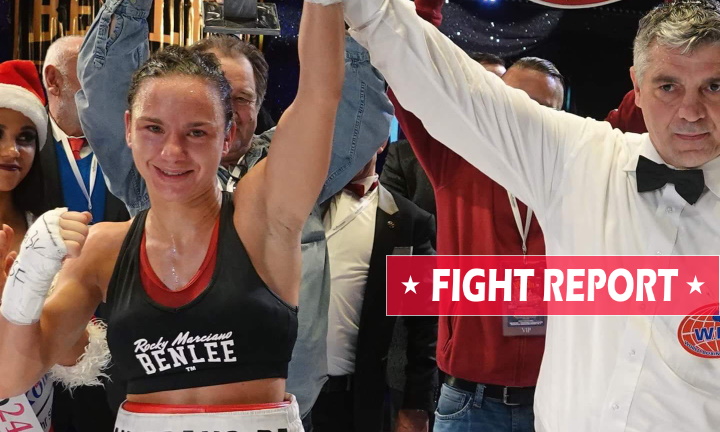 Bormann had a little too much in the bag for gritty and game challenger Lotta Loikkanen from Finland, as she scored a unanimous decision in the main event of a big show at at the traditional Christmas Circus in Karlsruhe.

The fight was promoted by Thomas Schwarz and his TS Fight-Sportmanagement.