/** * The header for our theme. * * Displays all of the section and everything up till
* * @package pandrah */ ?> Robert Durán Jr Reigns Supreme on UK Debut – The Pugilist 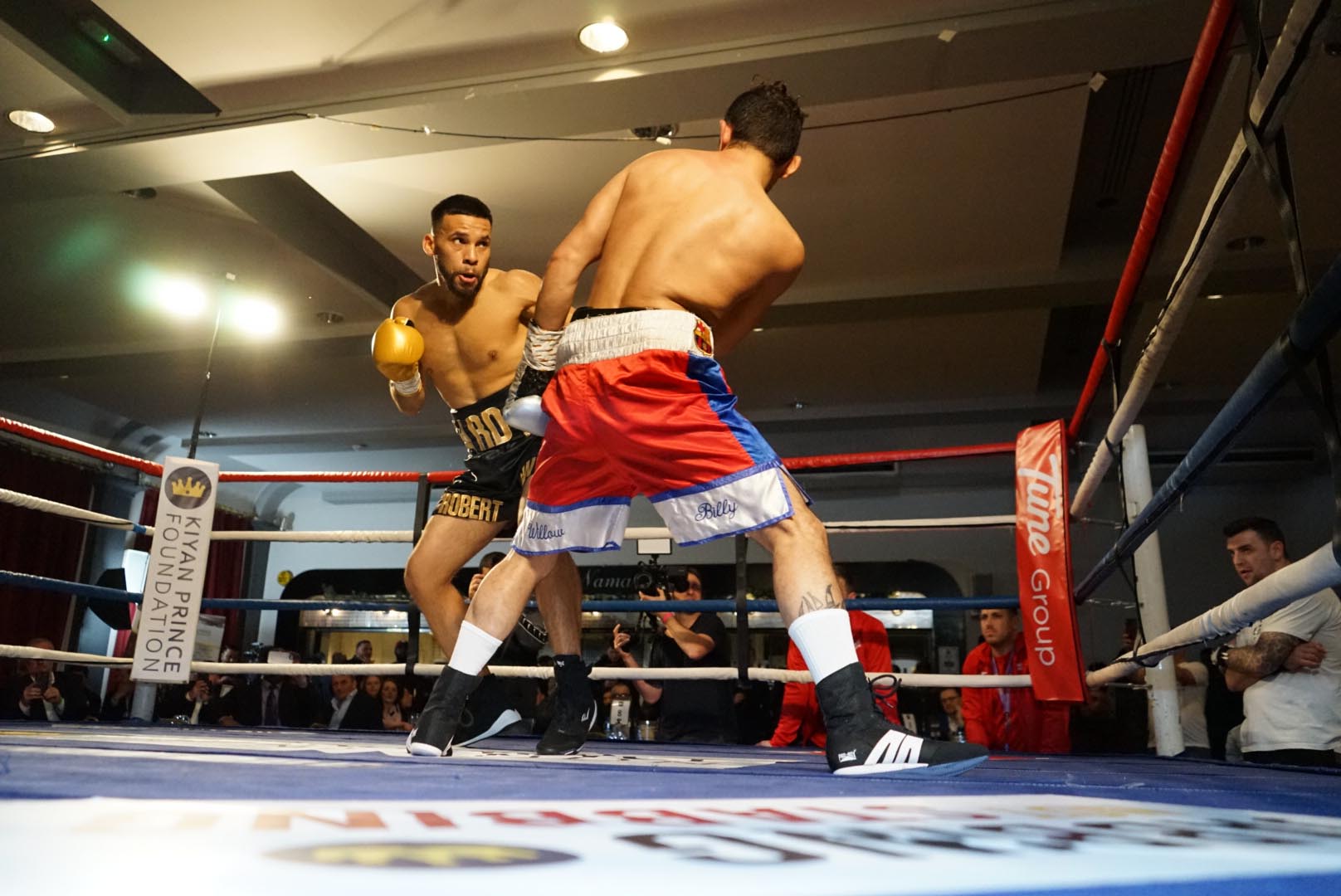 Durán Jr. had to be on top form as Santana pulled out all the stops to try and prevent the Floridian securing his maiden UK victory, Duran Jr. though had bought his ‘A game’ and was more than happy to go to war with the tough Nicaraguan and after four scintillating all action rounds it was Durán Jr that Referee Adrian Thorne deemed victorious by a 40-37 points margin.

“I want to start of by saying that I am very grateful for attending and being part of such a special event, The Kiyan Prince Foundation’s ‘Jabbing Not Stabbing’ that took place last Saturday in London this past Saturday in remembrance of young Kiyan Prince.

“Thank you so much Dr Mark Prince and Mr Gianluca Di Caro for adding me as the headliner of the evening of the fights. Such a special night to showcase my skill and to steer the young youth away from street violence and creating a way out through boxing.

“Much love and appreciation to Dr Prince and Mr Di Caro for the opportunity, I love London and the people returned the love.

“Hope to be back soon and see all my new friends and fans once more. Thank you London!”

He was an outgoing and well-loved young man who got along with everybody. Teachers, fellow pupils, Queens Park Rangers football team… in fact anyone who came into contact with Kiyan counted it a privilege to have done so.