/** * The header for our theme. * * Displays all of the section and everything up till
* * @package pandrah */ ?> Still WBF World Champion, Gurguliani Stops Ortega – The Pugilist 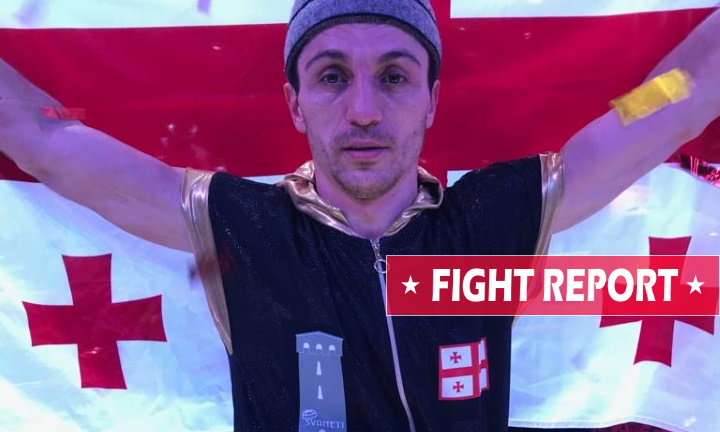 In the main event of what was unquestionably the most anticipated and significant boxing event in Georgia in recent years, World Boxing Federation (WBF) World Super Welterweight Champion Lasha Gurguliani retained his title for the first time on Sunday, January 26, at the Vere Basketball Hall in Tbilisi.

In front of a packed and lively crowd, Gurguliani (29), who won the WBF world title last May when he scored a unanimous decision over Andreas Valavanis in Egypt, fended off the challenge of game but out-skilled Mexican Edgar Ortega.

While Ortega (29) always looked for opportunities to gain an advantage, it was the reigning champion who took control of the fight from round one. In round three Gurguliani scored a knock-down, and continued to out-box and out-punch the challenger until referee Zbigniew Lagosz waved it off in round eight.

Riding a seven-fight winning-streak since December of 2017, Gurguliani improved his professional record to 19-6 (7). “Nene” Ortega, stopped only for the third time in his eight years in the paid ranks, drops to a misleading 18-11 (11).

The fight headlined a massive twelve-bout card, promoted by Vaja Kvezereli and his Boxing Group Promotions.