/** * The header for our theme. * * Displays all of the section and everything up till
* * @package pandrah */ ?> Serrano Victorious in Miami, Stops Da Silva in Three. – The Pugilist 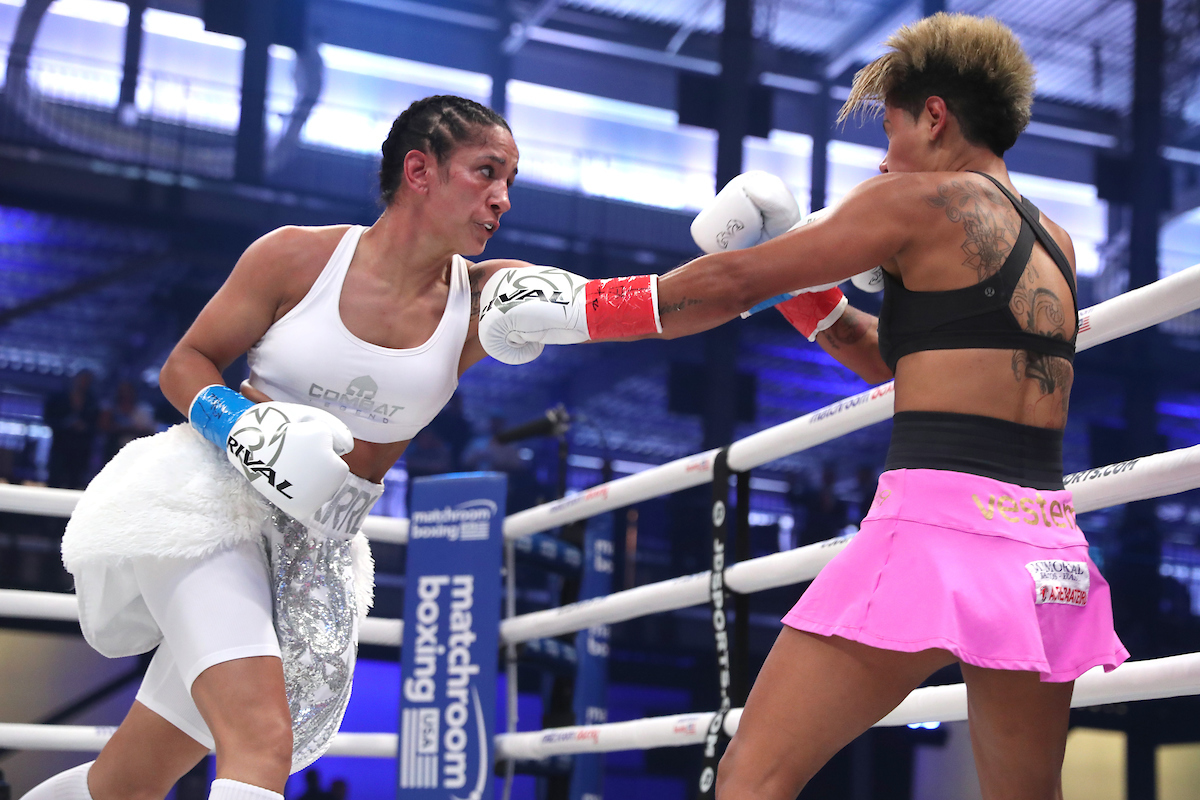 “We are super happy. My last fight with Heather Hardy, we let her survive so that I can give fans the chance to see me do things that they have never seen me do like boxing and punching. Previously, my January fight, I finished it in 35 seconds and this fight I finished it in the third round with literally a week of full boxing training since I was training for MMA. Now it’s my turn to prepare for Katie Taylor, ”said Serrano, who improved his record to 38-1-1, 28 knockouts.

Serrano versus Taylor is expected to be announced in the coming weeks.