/** * The header for our theme. * * Displays all of the section and everything up till
* * @package pandrah */ ?> Gcina Makhoba WBF International Super Flyweight Champion – The Pugilist 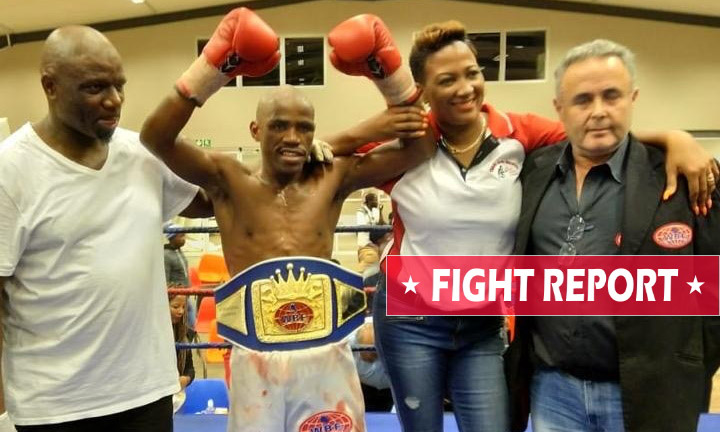 At the Community Hall in the city of Clencoe in the KwaZulu-Natal district, Makhoba was the sharper and more active fighter, and appeared on top in every stanza before a cut he suffered from a head-but in the third round prompted the doctor to advise referee Siya Vabaza to stop the fight in round five.

Going to a Technical Decision, judge Eddie Marshal scored the contest 49-46, while judges Sipho Zondo and Darryl Ribbink both had it a shut-out 50-45, all in favor of Makhoba.

Having won their first encounter almost exactly one year ago by third round stoppage, the new WBF International Champion confirmed his superiority and improved his professional record to 5-1-1 (1) in the process. Ndwandwe drops to 7-3 (2).

The fight headlined a show promoted by Starline Boxing Promotions.