/** * The header for our theme. * * Displays all of the section and everything up till
* * @package pandrah */ ?> Boxing TV’s Dan Hewitt Interviews Former Kickboxing World Champion Caitlin Foran Ahead of her Pro Boxing Debut on the 18th July – The Pugilist 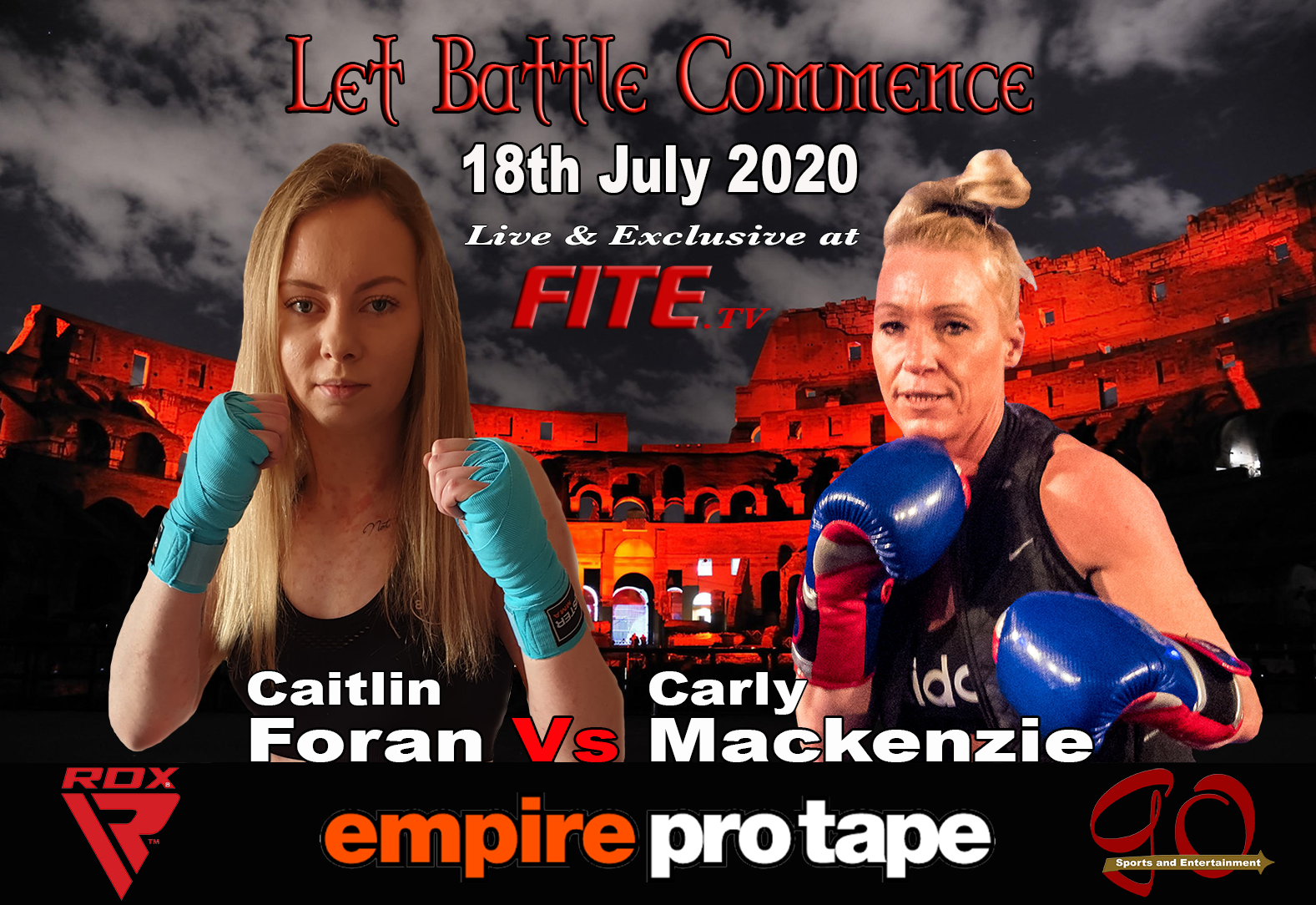 Boxing TV’s Dan Hewitt caught up with Kickboxing World champion Caitlin Foran, ahead of her Professional Boxing debut, against York’s Carly Mackenzie on the undercard of longtime World Boxing Organization (WBO) Featherweight King Scott Harrison versus Professional Boxing Council (PBC) International Champion Paul Peers that takes place ‘behind closed doors’ at the Northern Hotel in Aberdeen that will be exclusively broadcast on the 18th July 2020 live on FITE.TV.

Dan: What got you in to the sport of boxing?

Caitlin: So I started kickboxing when I was 8 years old, for no other reason than, I was just an active kid that wanted to do everything. It definitely wasn’t a talent of mine but I started to really enjoy it so I kept going, taking a few beatings a long the way and eventually dropping all my other activities so that I was just focusing on kickboxing.

I started going away to competitions, winning some, losing some but never giving up and eventually working my way to becoming world champion.

Myself and my coach started to realise that I was far better with my hands so decided to look into boxing and was giving the opportunity of a UKBC International title fight as my first boxing fight which I went on to win and after that I decided it was time to hang up the kicks and focus on boxing.

Dan: Tell us about the things you achieved in kickboxing

Caitlin: So I was quite a late starter in competing regularly as getting off the island can be pretty expensive and coming from a large family it just wasn’t always possible. So it wasn’t until just before gaining my black belt that I really started competing and won my first fights which was at a Scottish championship where I won 2 golds, I then started competing more often, every couple months and picked up some British and European titles and then went on to world championships where by the end of my kickboxing career I had accumulated 10 World Championships across a few different organisations.

Dan: What was the hardest challenge to move from kickboxing to boxing?

Caitlin: In kickboxing, a lot of what you do with your hands is to set you up for kicks and open up targets to get kicks in. So retraining my muscle memory to keep my feet more grounded was definitely a challenge for me in the beginning but didn’t take long before I got used to it.

Dan: What gym do you fight out off?

Dan: What do you hope to achieve as a professional boxer?

Caitlin: Becoming a professional has already been a massive thing for me, I am Orkney’s first female professional boxer (and I think professional boxer in general) so that for me is amazing already and now I’m just training hard, I’ll take every fight as it comes, learning and growing from every experience and one day hopefully make it to the top.  Making it to World Champion is the ultimate goal which would be amazing.

Dan: What have you got to say to your fans?

Dan: Thanks for speaking with us Caitlin and good luck in your career

Caitlin Foran versus Carly Mackenzie will be the main support when longtime WBO Featherweight King Scott Harrison goes toe-to-toe with PBC International Champion Paul Peers on the first of the Lee Mcallister promoted LET BATTLE COMMENCE series of ‘Behind Closed Doors’ events that will be broadcast exclusively live on FITE.TV.