/** * The header for our theme. * * Displays all of the section and everything up till
* * @package pandrah */ ?> Mackenzie Injured, Bates Steps up to the Plate and Faces Foran on Saturday Live on FITE TV. – The Pugilist 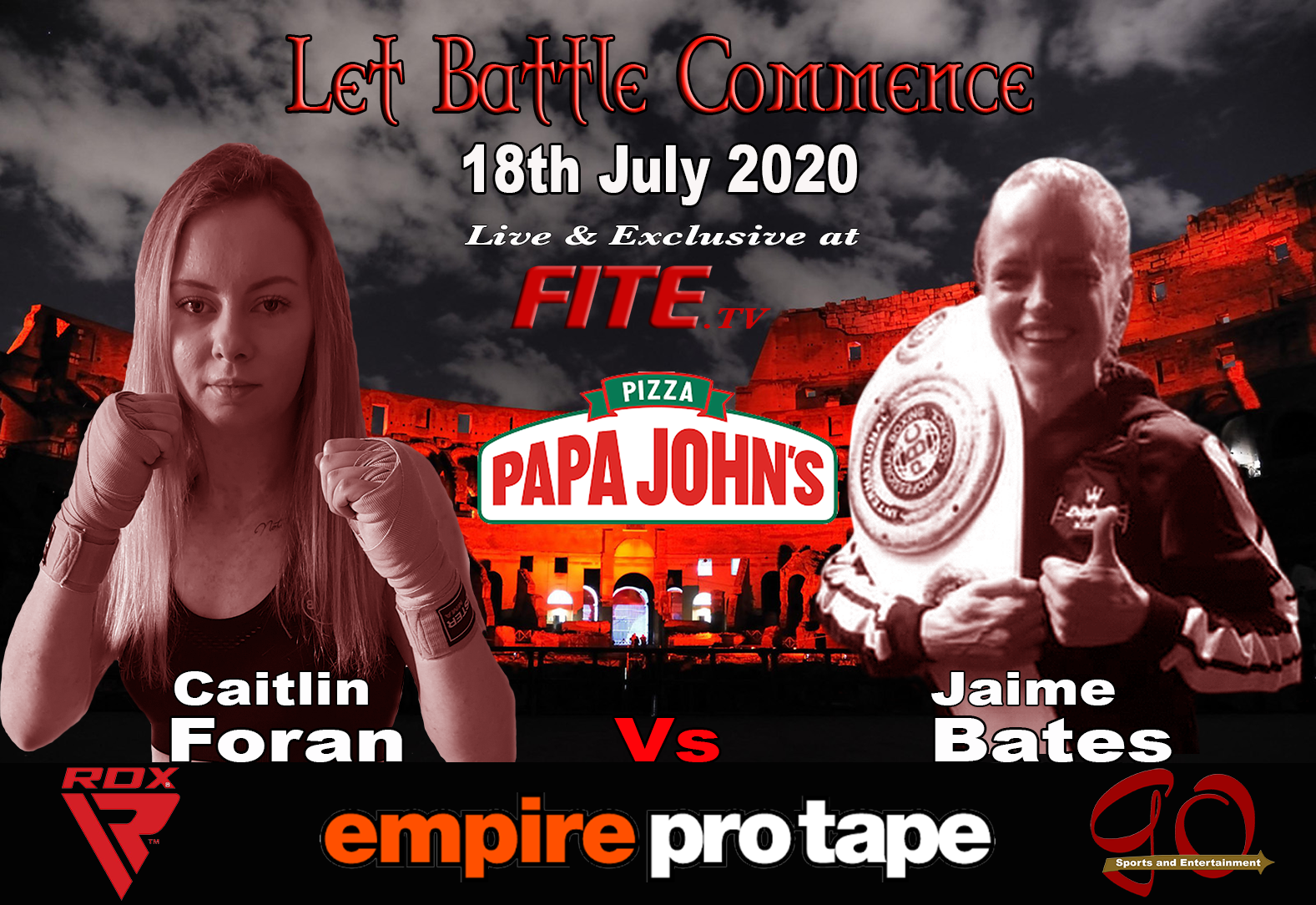 Carly Mackenzie has been forced to pull out of her much anticipated fight against ten time Kickboxing World Champion Caitlin Foran, who makes her professional boxing debut this coming Saturday.

Current Professional Boxing Council (PBC) International Silver Champion Jaime Bates steps up to the plate as a late replacement on the PAPA JOHN’S PIZZA Presented LET BATTLE COMMENCE event at the Northern Hotel n Aberdeen, which will be broadcast live and exclusive by FITE TV from 8pm (GMT) in the UK, 4pm (EST)/1pm (PST) in the USA.

On making the announcement, promoter Lee McAllister said Mackenzie, who broke two toes at the weekend after a horse stepped on her foot, “will not miss out” the six time, five Division World Champ turned promoter added “we’ll reschedule the fight with Caitlin for later in the year”

Speaking from her home in Orkney, Foran said.

“I couldn’t be more excited and honoured to be making my professional debut as the main support to such an exciting main card that includes my coach and manager Paul Peers and the comeback of Scott Harrison.

“I feel this is a great time for me to be starting my career and I will be a hundred percent ready for Saturday. Jaime Bates is a proven Champion so will definitely be a good fight to start off my career.

“And I would also like to take this opportunity to say thank you to my sponsor, Gary Sutherland at GSRI Shetland”

The first event in the PAPA JOHN’S PIZZA presented LET BATTLE COMMENCE series takes place in Aberdeen on the 18th July 2020 and will be broadcast live on FITE.TV (worldwide) as well as delayed broadcast in the UK on Sports Channel Network (SCN) Channel 265 on Freeview/YouView.